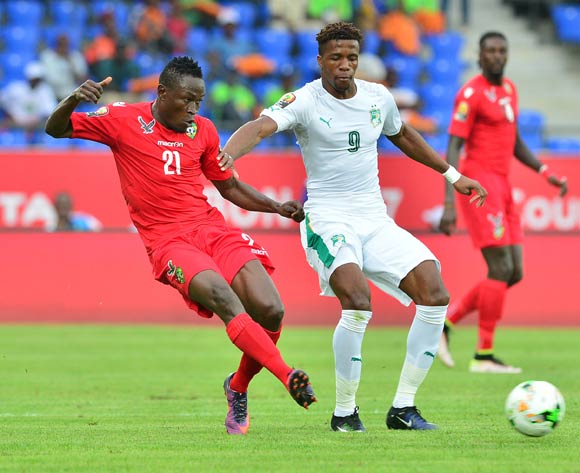 Ivory Coast were held to a goalless draw in their 2017 Africa Cup of Nations (AFCON) Group C clash against Togo at the Stade d'Oyem in the Gabonese city of Oyem on Monday evening.

As the defending champions, the Elephants of Ivory Coast were the favourites against Togo's Sparrow Hawks in the Group C opener.

Slyvain Gbohouo, the Ivorian shot-stopper, was also tested in the 29th minute denying Mathieu Dossevi as the Sparrow Hawks looked to take the lead.

Nevertheless, the Elephants and Sparrow Hawks were unable to break the deadlock in the first-half and the score was 0-0 at the interval.

A quiet second-half followed as the two teams failed to seriously test the shot-stoppers Gbohouo and Agassa.

Wilfried Zaha was looking lively for Ivory Coast on his competitive debut. In the 68th minute, he cut inside, before unleashing a shot which was blocked in the box.

The winger was then replaced by experienced Ivorian striker Wilfried Bony in the 70th minute as the Elephants pushed more men forward.

However, the Togo defensive line were happy to sit back and contain the Elephants until match referee Eric Otogo-Castane blew the final whistle and the match ended in a 0-0 draw.