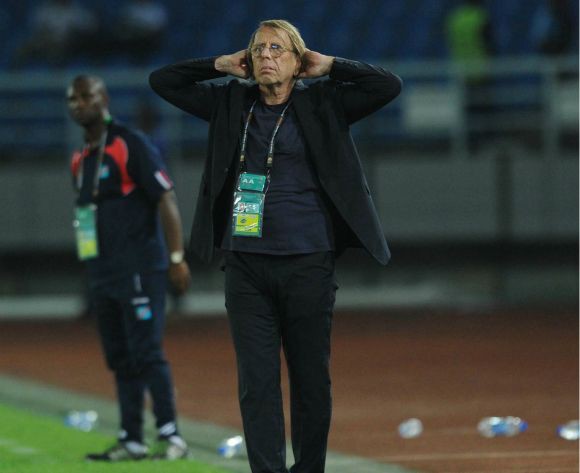 Togo head coach Claude Le Roy was satisfied with his charges' performance in their maiden 2017 Africa Cup of Nations (AFCON) game on Monday.

The Sparrow Hawks managed to hold the defending champions Ivory Coast to a 0-0 draw in their first Group C game which was played in the Gabonese city of Oyem.

“I was satisfied with this result because we followed our plan. We worked a lot before the match," Le Roy told the media after the game.

“It was very hot this evening. Even on our side. The players needed the energy however, the match was very exciting,” he continued.

The Frenchman was happy to see his charges contain a quality side like Ivory Coast and he also praised Gabonese match referee Eric Otogo-Castane.

“We qualified for Afcon as the 16th team so we did what it takes to win the match but we are satisfied it was a draw," he added.

"The Ivory Coast coach chose some experienced players like Serge Aurier so there was potential on their side. For me I am very satisfied.

“The referee was excellent. He did not show any card this afternoon. The behavior of everybody in the match was good.”

The Sparrow Hawks will now take on Morocco, who were beaten 1-0 by the Democratic of Congo (DRC) in their first Group C game, on Friday night.