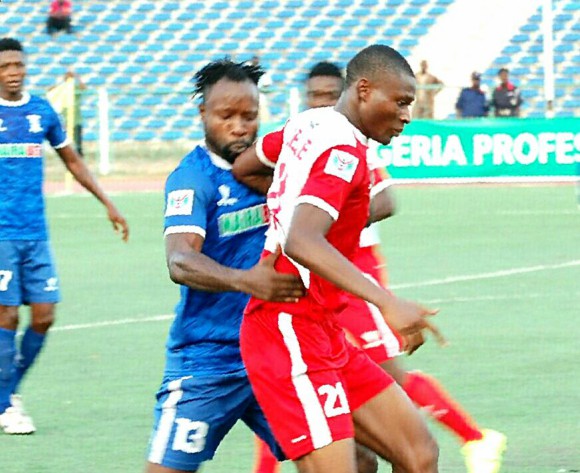 Nigeria league hotshot Godwin Obaje may be forced to return to the domestic championship as his latest attempt to move to Turkey is hanging in the balance.

Obaje netted 18 goals last season to finish as Goal King of the NPFL, but his search for an overseas deal has so far not yielded the desired result.

“He now hopes to try his luck in Turkey, but there are no guarantees even for that route as one of the interested clubs there have reportedly pulled out of the chase, while another club are weighing their various options of which he is only one of many strikers they are considering,” a top source informed.

“It may be that he may have to come back and play in the league here.”

Obaje was first not given a contract at top Russian club Spartak Moscow.

He then appeared to have signed for Tunisian club Etoile du Sahel, who later pulled the plug on the transfer.

His latest attempt to play abroad was scuttled after another Tunisian club, Club Africain, announced they will not be signing him along with Enugu Rangers star forward Chisom Egbuchulam.