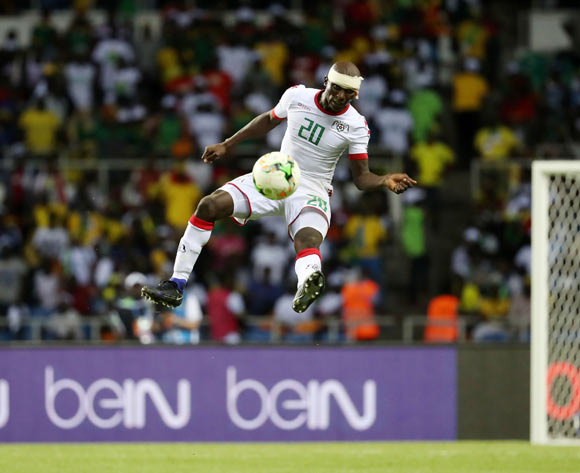 Pierre-Emerick Aubameyang was on the score-sheet as Gabon drew 1-1 with Burkina Faso in the 2017 Africa Cup of Nations (AFCON) Group A game on Wednesday.

Gabon and Burkina Faso remain first and second respectively on the Group A log with two points each following their draw at the Stade de I'Amitie in the Gabonese city of Libreville.

The deadlock was broken by Prejuce Nakoulma, who had replaced injured Jonathan Pitroipa, just 10 minutes into the encounter.

Nakoulma dribbled past two opponents before making it 1-0 to Burkina Faso with a brilliant finish silencing the Gabonese fans in the process.

However, Gabon were awarded a penalty after the half-hour mark make after Burkina Faso goalkeeper Herve Koffi fouled Pierre-Emerick Aubameyang in the box.

The striker then duly stepped up and fired past Koffi to make it 1-1 seven minutes before half-time much to the delight of the Gabonese fans inside the Stadium.

Second-half substitute Bertrand Traore nearly made it 2-1 to Burkina Faso in the 58th minute, but Gabon keeper Didier Ovono made a great save to deny him.

Tournament hosts Gabon also had a chance to snatch the winning goal through France-based attacker Denis Bouanga with nine minutes left on the clock.

Koffi, though, was well positioned to pull off a brilliant save to deny the Gabonese attacker and ultimately, the match ended in a 1-1 stalemate.