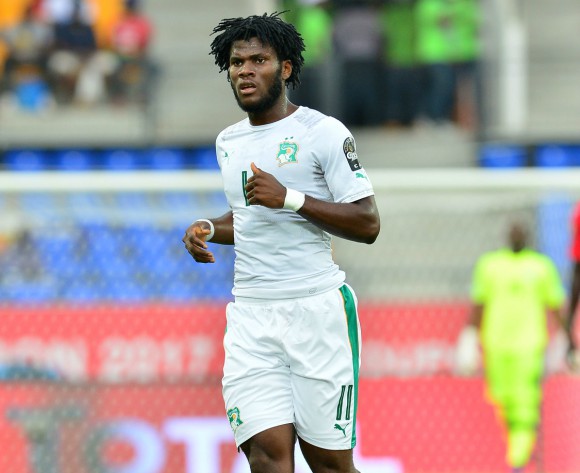 Ivory Coast will be desperate for their first 2017 Africa Cup of Nations (AFCON) victory when they face Democratic Republic of Congo (DRC) on Friday.

The Group C encounter will take place at the Stade d'Oyem in the Gabonese city of Oyem. Kick-off is at 18h00 CAT.

The Elephants were held to a goalless draw by a stubborn Togolese side in their first group game which was played in Oyem on Monday evening.

As a result the defending champions are placed second on Group C standings with one point - two behind leaders DR Congo with two more games left.

Wilfried Zaha did well on his competitive debut for the Elephants against Togo. The winger will be hoping to get another chance to impress coach Michel Dussuyer on Friday.

Meanwhile, DR Congo will be eyeing another Group C victory when they take on two-time African champions Ivory Coast.

The Leopards narrowly defeated Morocco 1-0 in their first group match which was also played in Oyem on Monday evening. Junior Kabananga netted for DR Congo in the second-half.

The victory took the two-time African champions DR Congo to the top of Group C standings - two points ahead of second-placed Ivory Coast.

Joyce Lomalisa received two yellow cards against Morocco and he was sent off. Claude Le Roy's side will be without the defender on Friday.

The 32-year-old central midfielder played an important role just in front of the Ivorian defence, while also pushing forward to help in attack against Togo in their first Group C game. The Ivory Coast captain, who has over 30 caps, will be keen to lead the Elephants to victory against the Leopards.

The experienced central defender was solid at the back for the Leopards as they contained Morocco's Lions of the Atlas - recording a clean sheet in the process in their first Group C game. The 30-year-old defender is expected to lead the Leopards against the reigning African Champions.