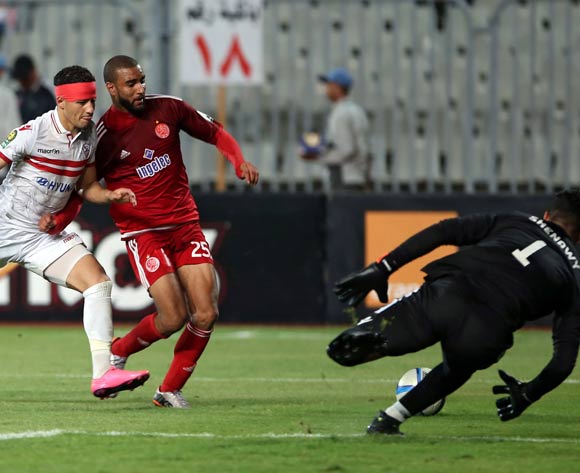 Egypt’s Africa Cup of Nations hopes have suffered a blow with the news that goalkeeper Ahmed El Shenawy has been ruled out of the rest of the tournament with injury.

The gloves-man started the Pharaohs’ opening Group D match against Mali but was substituted midway through the first half after picking up a knock in the process of making a save.

X-Ray scans have since revealed the presence of a hamstring strain which keep the goalkeeper sidelined for at least two weeks, effectively ending his participation at Gabon 2017.

“Medical scans confirmed that El-Shennawy will not be available to play for us again as he will need to rest for two weeks,” national team manager Ihab Lehita told the media.

With Sherif Ekramy also having an injury cloud hanging over him, this leaves 44-year-old Essam El Hadary as Egypt’s only fully fit ‘keeper ahead of their second Group D game against Uganda on Saturday.