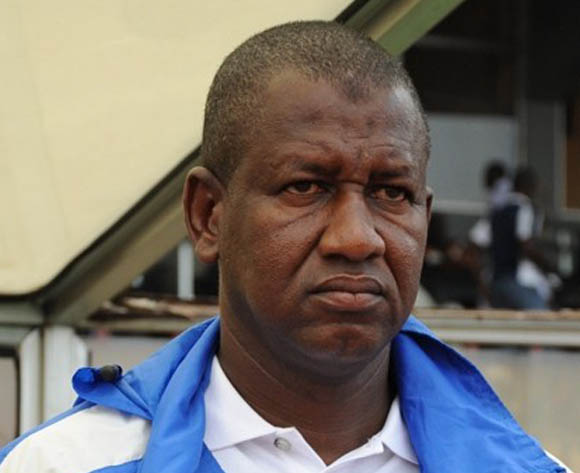 Akwa United were held at home by Rivers United on Wednesday, but coach of the Uyo club Abdu Maikaba insisted he was encouraged by his team’s showing in the second half of this NPFL fixture.

Well-taken first half goals by Cyril Olisema and Bernard Ovoke settled a cracking contest between Rivers United and Akwa United which finished 1-1 at the ‘Nest of Champions’ on Wednesday.

Olisema struck on nine minutes to give the Promise Keepers the lead at the Godswill Akpabio International Stadium but they were soon pegged back by a spirited Rivers United side.

The Pride of Rivers refused to give in and battled back gamely.

They were back on level terms in the 26th minute through a well-worked goal scored by electrifying winger, Bernard Ovoke.

Akwa United coach Abdu Maikaba refused to fault his players despite their failure to amass maximum points, crediting them for giving their all in the game.

“There is improvement in the way I want them to play,” he remarked.

“Against ABS (in our last game), there was no movement in the team and it may have been caused by the long journey (we embarked on from Uyo to Ilorin).

“I believe my boys gave their best but unfortunately, it was not good enough to see us beat Rivers United.

“I believe we are getting better and the fans should expect a better performance in the next game.”

His opposite number, Stanley Eguma described the contest as ‘a good game’ and commended his charges for recovering from the early setback to claim for a share of the spoils.

“It was a good game. We wanted a win but got a draw in the end which is not too bad,” Eguma said.

“Our opponents are very strong and they scored early in the first half which almost destabilised us.

“But I thank my players (as) they were able to comport themselves, showed confidence and equalized.

“The equaliser was the turning point in the game.

“We were under severe pressure in the second half because the home team came out very strong but we were able to stop their attacks.”

The result saw Rivers United move three places up on the log as they now occupy fourth place on the NPFL standings with four points from two matches.

Akwa United are in the relegation zone as they currently occupy 17th place on the log with a solitary point after their first two matches.

Akwa United went into the game needing a win to get their NPFL campaign back on track following their 3-1 loss to ABS FC on the opening weekend of the season.

They started on the front foot, pinning the Port Harcourt side to their own half and got due reward inside the opening ten minutes following an exhilarating counter attack after a rare foray upfront by Rivers United had ended in futility.

Olisema applied the finishing touch with a firm side-footed effort inside the box that the Rivers United goal keeper, Sunday Rotimi failed to keep out after Hassan Babangida crossed with pin-point accuracy from the left.

As the minutes wore on, Rivers United slowly began to string the passes together and predictably, it was always going to spell trouble for the opposition.

The Port Harcourt side made the most of the momentum shift and were back on level terms just before the half hour as Ovoke swept home from close range after a delightful interchange of passes involving Guy Kuemian and Lukman Mohammed with the latter credited with the assist.

Akwa began the second half exactly as they started the first and almost got due reward three minutes after the break.

Pyagbara, a threat all afternoon, showed Ayobami Asekunowo a clean pair of heels on the far side before carving open the Rivers United defence with a brilliant low cross which Babangida just about failed to reach.

A minute later, the hosts came even closer to retaking the lead.

Ifeanyi Ifeanyi’s free kick caused panic in the Rivers box but Pyagbara somehow fluffed his lines from two yards with the goal gaping after Rotimi again flapped at a set piece.

Akwa United were the dominant side in the second half and but found a resolute Rivers United defence in uncompromising form.

Micahel Ibe, Alhassan Ibrahim and Pyagbara were all denied in the closing stages as Rivers United held out for a hard-fought point.