Ghana look to close in on quarterfinals 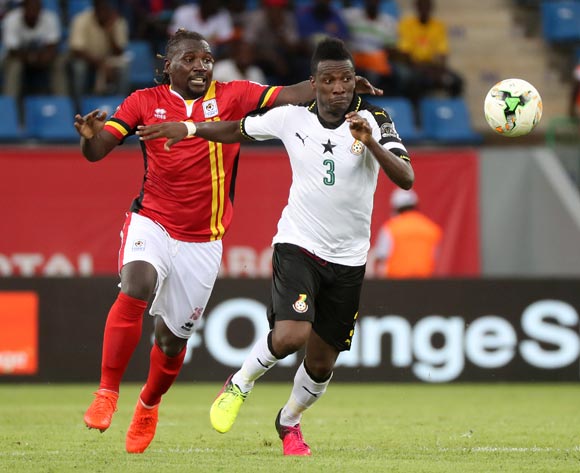 Ghana will look to close in on qualification for the quarterfinals of the Africa Cup of Nations when they battle Mali on Saturday.

The Group D clash will be held at Stade de Port-Gentil, with kick-off at 18h00 CAT.

Ghana got their tournament off to a winning start on Tuesday when they defeated Uganda 1-0, with Andre Ayew’s first-half penalty proving to be the difference between the teams.

It was not the most convincing performance from the Black Stars, but it will fill them with confidence ahead of this clash with the Eagles.

"Mali and Egypt? We are not interested about our opponents," captain Asamoah Gyan said after the win over Uganda. "We are looking to win all our games to top the group."

Mali, meanwhile, opened their campaign with a goalless draw against Egypt. The West Africans didn’t dominate the match but were arguably the better team, using their physicality to good effect against the more technically astute Pharaohs.

“We aim to provide good performances in the upcoming matches against Ghana and Uganda in order to compete to qualify for the second round,” said Eagles coach Alain Giresse.

Ghana and Mali have clashed in 16 official matches according to FIFA statistics, with the Black Stars claiming seven wins compared to Mali’s three.

The teams’ last AFCON meeting was in the third place playoff in 2013, with Mali winning 3-1. Their last meeting overall was a friendly in Paris in March 2015 which ended in a 1-1 draw.

The other Group D match on Saturday sees Egypt tackle Uganda at the same venue. 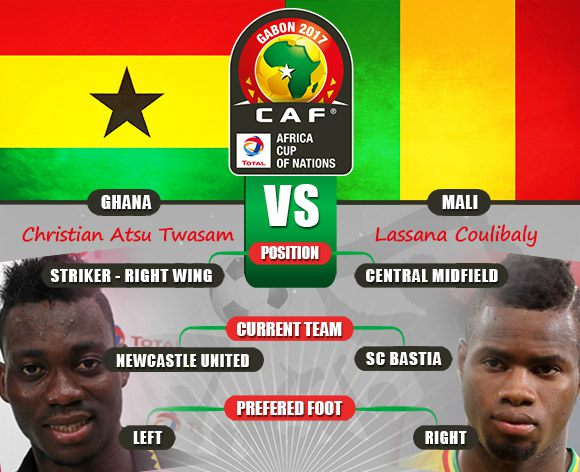 Atsu provided pace and width for Ghana in their win over Uganda and was deservedly named man of the match. The Newcastle United winger may find Mali’s defence a lot tougher, but he will still fancy his chances of creating scoring opportunities for the Black Stars.

Lassana Coulibaly was one of the surprise packages for Mali against Egypt, providing a potent attacking thrust from the middle of the park. His late runs into the danger area were a feature of the Eagles’ play and Ghana’s defence will need to keep a close eye on the 20-year-old. 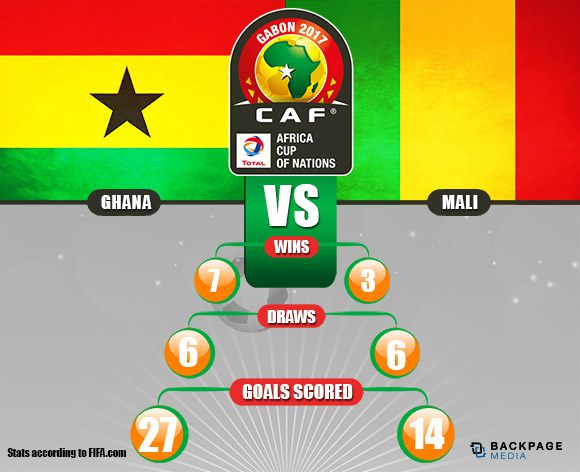