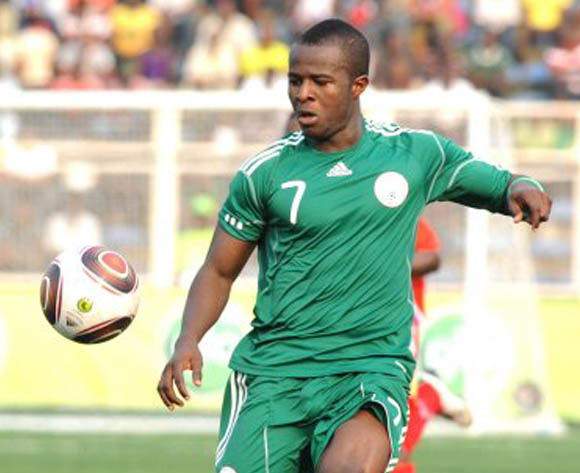 DanielChima Uchechi in action for Nigeria's Flying Eagles? Will he now play for Togo at full international level?

This was the major fallout from the recent traditional wedding of the former Flying Eagles star in Nkwere, Imo State, as some of the guests who attended the ceremony from his mother’s country have commenced moves to ensure he plays for their senior national team.

Though they admit he has already been capped at junior level by Nigeria and will now have to approach FIFA for a switch of nationality, a cross-section of the Togolese personalities at the wedding on December 19, 2016 insist the lad’s affiliations with the tiny West African nation will make a change possible.

Dramatically, the Uchechis boast of six sons and not a single daughter, but the third-born of the family, Samuel Uchechi is based in Togo and used the opportunity of his trip to Nkwere to flaunt his origins, while even going ahead to declare that he is not a Nigerian.

His words soon elucidated comments about Chima Uchechi’s dual nationality, and one of the elders opined that he should start thinking real about switching allegiance from Nigeria to Togo in order to revive his national team career that failed to accelerate after lining out as assistant captain of the Flying Eagles at Egypt 2009 FIFA U-20 World Cup.

Incidentally, his mother had arrived two days earlier for the wedding with a couple of her Togo kith and kin, specialists in culinary matters, and ended up taking over full responsibility of cooking two days before the occasion and on the eve of the big day as well.

“I am sure Togo will be eager to have Chima play for their national team,” said one of the Francophone guests.

“I remember how we got Emmanuel Adebayor to play for our team and he even became African Player of The Year, after he was rejected by Nigeria’s under-17 Golden Eaglets some years earlier.”

As if to justify his eligibility for a national team career with The Hawks of Togo, Chima Uchechi had thoughtfully given his first child, a boy, a Togolese name, Delali, which he says the boy insists on being called instead of his English name.

“We actually gave him two English names and two Igbo names,” Uchechi disclosed on the sidelines of the wedding, “but he prefers being called Delali; in fact, he gets angry if his classmates call him his English name."