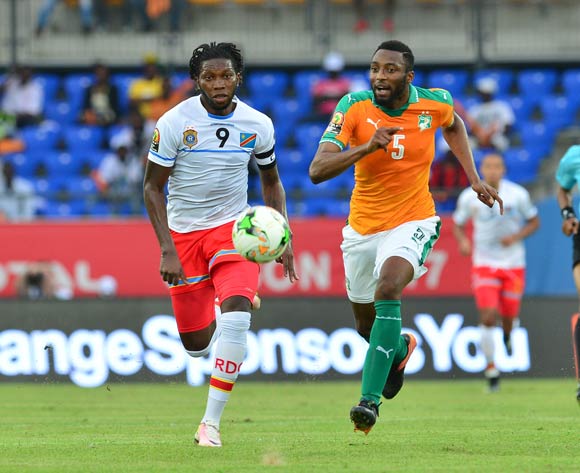 Hello and welcome to the live commentary of the 2017 Africa Cup of Nations Group C game between Cote d'Ivoire and DR Congo at the Stade d'Oyem, Oyem on Friday January 20.

Thank you for joining us for the game between Ivory Coast and DR Congo which ended in a 2-2 stalemate. The defending champions Ivory Coast have recorded another draw and they remain second on Group C standings with two points, while Congo stay at the top with four points.

85' - Die tries his luck again from range, but this time his attempt is block as the Leopards contain the Elephants.

80' - Less than 10 minutes left on the clock. Both teams now looking for the winning goal.

79' DR Congo sub: Bolingi comes on for Kabananga, who was impressive for the Leopards today.

75' - It seems like Ivory Coast veteran Kalou will be coming on as the Elephants push for the winning goal.

70' - The Ivory Coast captain tried his luck from range, and fortunately, his shot deflected off DR Congo defender Tisserand and went into the back of the net.

50' - Gradel plays a good cross for Deli, who heads wide of the target as the Elephants search for the equalizing goal.

46' - Ivory Coast sub: Deli replaces Traore. A defender a for a defender.

40' - Five minutes left for the Elephants to equalize before the break. But the Leopards are looking solid at the back.

37' - Gradel sends in another good cross into the DR Congo box, but this time it is cleared away.

30' - This is Kabananga's second goal of the tournament. He netted the only goal of the match against Morocco.

25' - The Elephants are now pushing for the equalizing goal. Attacking in numbers.

22' - The ball finds Ivory Coast striker Bony in the DR Congo, but he heads wide of the target. A rare chance for the Elephants.

20' - The Leopards are dominating possession and looking confident while in possession of the ball.

15' - DR Congo are awarded a free-kick in a promising area, but Kebano fires wide of the target.

13' - Kabananga controlled the ball very well inside the Ivory Coast box, before flicking it to Kebano, who then beat goalkeeper Gbohoua with a beautiful volley. The defending champions are 1-0 down.

10' - Zaha is looking lively for the Elephants in the opening stages of this encounter, but his crosses have been cleared away by the Leopards defence thus far.

5' - Ivory Coast winger Zaha plays a good cross into the Congo box and it causes panic in the area, but in the end Leopards clear their lines through Ikoko.

1' - The match is underway here at the Stade d'Oyem.

Both teams are on the pitch as kick-off approaches.

The defending champions Ivory Coast were held to a goalless draw by Togo in their first Group C game at the Stade d'Oyem on Monday, while DR Congo stunned Morocco 1-0 at the same venue.

The last time the two sides clashed was during the 2015 Africa Cup of Nations (AFCON) finals. The Elephants of Ivory Coast beat DR Congo's Leopards 3-1 in the semi-final encounter in Bata, Equatorial Guinea.