Morocco come from behind to trump Togo 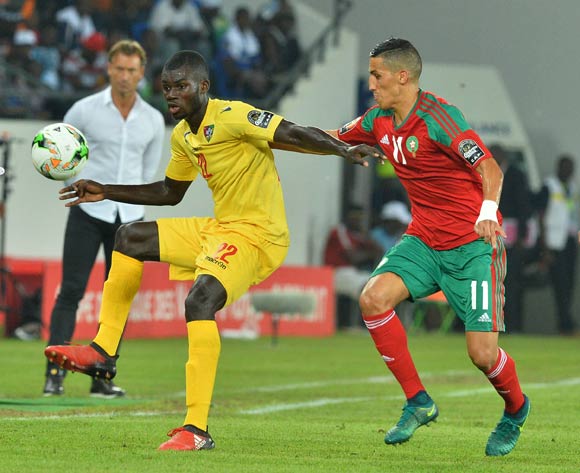 Morocco came from a goal down to be Togo 3-1 in a 2017 Africa Cup of Nations clash at the Stade d'Oyem in the Gabonese city of Oyem on Friday evening.

The Atlas Lions now head into their final Group C match against the Ivory Coast in the pound seat, while Togo will have to be at their best when they square up against the Democratic Republic of Congo next Tuesday.

Mathieu Dossevi had given the Sparrow Hawks the lead after just five minutes with the Standard Liége midfielder finishing off a flowing counter-attack; ignited from well within their own half.

Their lead, though, would only last nine minutes as poor goalkeeping by Kossi Agassa let in Aziz Bouhaddouz for an easy finish from a Fayçal Fajr corner-kick.

Fajr would be the provider once more as Romain Saïss nodded home in the 21st minute to give the Atlas Lions the lead the break. Great movement by the Wolverhampton Wanderers who lost his marker before glancing the ball past Agassa.

Emmanuel Adebayor had a chance on either side of the break to pull Togo level, but having failed to do so Morocco put the game to bed in the 72nd minute through substitute Youssef En-Nesyri.

Suspect goalkeeping by Agassa once more as the Spanish-based forward hammered home from long distance, 3-1.

Togo had a chance late on through Floyd Ayite to pull a goal back, but his weaving run would go unrewarded as Morocco secured all three points.