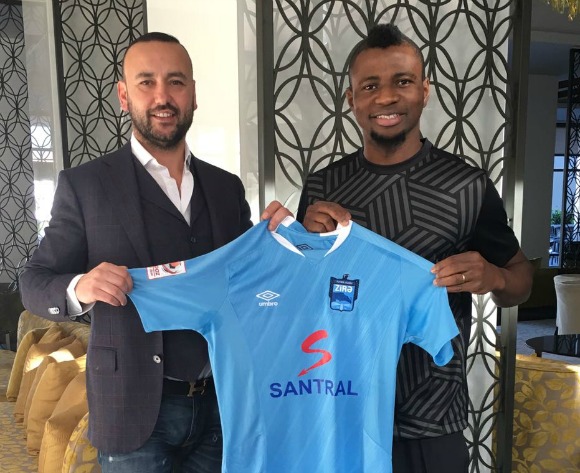 The Iwo indigene signed the deal Saturday in Turkey, where the team are preparing for the season, and he told AfricanFootball.com he is delighted to get back to duty after the setback at Turkish club Alanyaspor.

"I signed a six-month contract with Zira FC of Azerbaijan with an option of a-year-and-a-half,” the ex-Flying Eagles star told AfricanFootball.com

“I am happy about the deal, I am satisfied about the conditions attached to the deal.

"It will bring my confidence back after the incident at Alanyaspor which weighed me down."

He added: "We are in Turkey now for pre-season and will return to Azerbaijan on Monday. I may be assigned jersey No 2."

Latifu who has won two caps for the Super Eagles of Nigeria, has played in Norway, Ukraine and Turkey.

Zira FC have another Nigerian, Victor Igbekoyi, on their rooster.