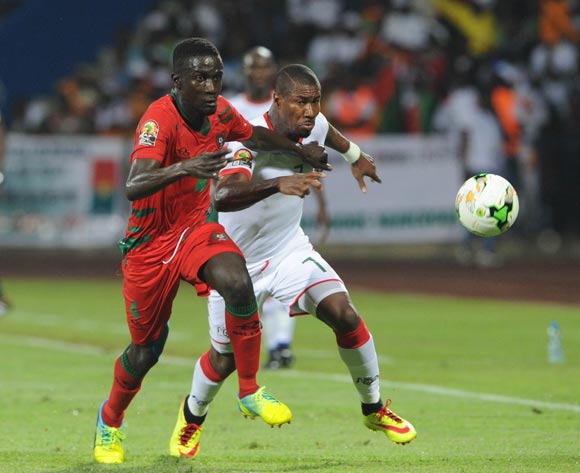 Good evening and welcome to our live coverage of the Group A 2017 Africa Cup of Nations clash between Guinea-Bissau and Burkina Faso from the Stade de Franceville in the Gabonese city of Franceville , Sunday 22 January.

90+4' - Full-Time: Guinea-Bissau 0-2 Burkina Faso. Stallions end as Group A winners and advance through to the knockout stages alongside Cameroon. Gabon and Guinea-Bissau knocked out of the competition.

87' CLOSE! Toni Silva tries his luck from range and he goes within inches of pulling a goal back for the minnows.

85' - Five minutes of regulation time remaining and as things stand Burkina Faso and Cameroon will advance from Group A.

75' - Abel Camará bursts into the box, but only succeeds in directing his left-footed shot wide of goal.

72' - SAVE! Great stop by Koffi to deny Zezinho fro a free-kick attempt.

70' - Both coaches ringing two changes a piece as we head into the final 20 minutes of the clash. Burkina Faso with one eye on the knockout stages, Guinea-Bissau in desperate search of a way back into this tie.

60' - Hour played and Burkina Faso are now in the driving seat - surely on their way to the knockout stages.

57' - GOAL! Bertrand Traore with an expert finish - great work by Nakoulma and Bance in the build-up as the Stallions double their lead.

55' - Even start to the second half with Burkina Faso still holding a slender lead. Gabon and Cameroon yet to trouble the scoreboard over in Libreville.

44' - SAVE! Koffi with a great stop to deny Piqueti from an acute angle . Djurtus on top as we approach half-time.

40' - Guinea-Bissau ending the half on a high, Burkina Faso forced to defend as the Djurtus go in search of the equaliser.

35' - Nervy defending by the Stallions as Guinea-Bissau probe - Koffi to the rescue as he punches from danger!Guinea-Bissau win a succession of corner-kicks as they find their rhythm.

30' - Half-hour played in Franceville - Burkina Faso still setting the tempo with Guinea Bissau struggling to keep hold of the ball.

21' - Looks like the goal has been credited to Nakoulma, will keep an eye on that. Burkina Faso continue to set the trend with the Stallions all over their counterparts.

11' -GOAL! Rudinilson/Nakoulma with the defensive mistake as he heads the ball into the back of his own net , ball crosses the line despite a desperate attempt by Tomás Dabó to bail out his teammate - Nakoulma makes sure as he hammers home the rebound.  Has been confirmed as an own goal, though.

8' - CHANCE! Bertrand Traore races through on goal, but he is unable to find the back of the net! Great chance squandered by the Ajax man.

5' - Burkina Faso have dominated the early exchanges of the clash, with the 2013 Africa Cup of Nations runners-up eager to bag an early goal to put the minnows on the back foot.  Stallions setting a high tempo early on.

- Teams making their way onto the pitch; anthems to be followed by the action! All four teams; Cameroon, Gabon, Guinea-Bissau and Burkina Faso can still qualify for the knockout stages - all to play for this evening!