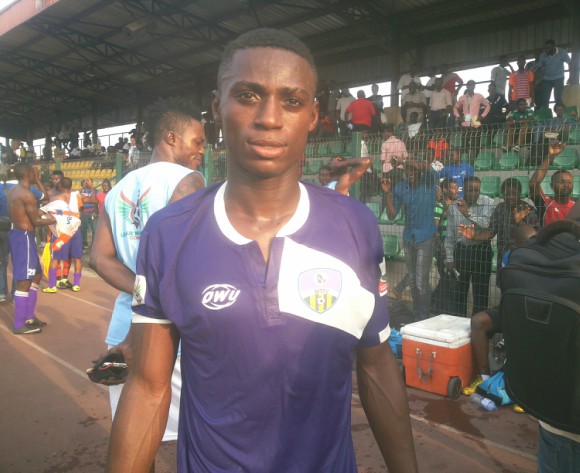 High-flying Abia Warriors suffered their first loss of the NPFL season at winless Remo Stars just as all the home teams won in front of their fans today.

A late controversial penalty, which was converted by Victor Mbaoma for his third goal of the season, was the difference between the two teams at Sagamu today.

Bobby Clement’s superb goal after 23 minutes gave Rangers their first win of the season at the expense of El Kanemi Warriors.

In Kano, striker Adamu Mohammed gave home team Pillars a dramatic win when he struck on the dot of full time after his team had to fight back from a goal down against Shooting Stars.

MFM recorded the biggest win of the day after they thrashed visiting Lobi Stars 4-0 in Lagos.

Stephen Odey helped himself to a hat-trick, the first this season.