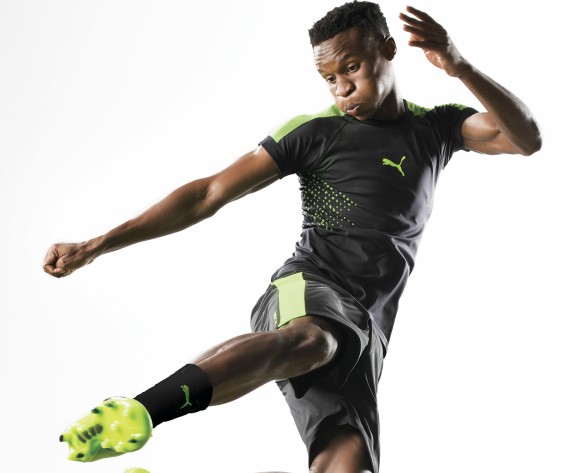 'Mshishi' was speaking after the launch of the new PUMA evoPOWER boots which he will wear in the second half of the 2016/17 Premier Soccer League campaign.

Zwane also revealed that lifting the CAF Champions League trophy with the Tshwane side was the highlight of his career as well as praising the new boot.

“It is a boot made for football technicians, players who prefer to be on the ball. I have used it since its inception and have enjoyed every colour update,” said Zwane in a statement.

“It definitely improves my touch and feel of the ball and accentuates my passing ability.

“Without a doubt my biggest highlight to date, is being able to call myself an African Champion. It is not everyday that you get to do this.

“After the semifinal win we started believing that winning the trophy was possible. Even though we had great respect for Zamalek and all that they had achieved, we really believed this was our time.

“To play in Egypt in front of such passionate fans is unexplainable, I cannot put it into words. It was a dream come true to reach and win the final of a CAF Champions League.”

Speaking about ambitions for 2017, his mission is to help to defend their league title and adds that he would like to play Bafana Bafana and in England.

“(My ambition is) To help the team retain our PSL title and to attempt to go deep into the CAF Champions League again. Personally, I would like to push for a national team recall,” adds the Tembisa-born player.

“Yes, it would be a dream come true to play in Russia 2018 (FIFA World Cup), the biggest stage in football. I will work daily to achieve it.

“Yes, playing overseas is a dream every ambitious player should have. English league fascinates me because of the different cultures and nationalities plying their trade there. My favourite team is Arsenal because they play football in a way that excites me.”

The Brazilians are set top resume their league schedule against Bloemfontein Celtic on Wednesday, February 08 in Bloemfontein.