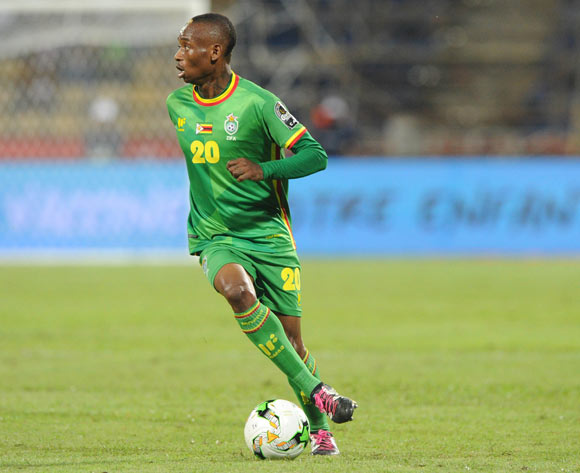 Khama Billiat of Zimbabwe during the Afcon Group B match between Senegal and Zimbabwe on the 19 January 2017 at Franceville Stadium, Gabon Pic Sydney Mahlangu/ BackpagePix

Zimbabwe came to this year's Africa Cup of Nations tournament in Gabon carrying the hopes of the Southern African region as candidates to cause an upset.

However, the Warriors failed to replicate their AFCON Qualifiers form which took them to Gabon with a game to spare.

Despite their fine and gutsy display, they drew the opening group stage encounter 2-2 (Nyasha Mushekwi and Kudakwashe Mahachi scored) against the Desert Warriors of Algeria.

Although critics believe coach Kalisto Pasuwa is to be blamed for his decision making when it comes to team selection, the team tried their best in the biennial tournament.

Following their draw against Algeria, their second match was against the Lions of Teranga who are labelled as title contenders.

Pasuwa once again left Tendai Ndoro on the bench, thus seeing his side lose 2-0 to a star studded side - that loss spelt the end of the road in Gabon.

To many, Ndoro was the man to solve his goalscoring problems upfront considering that Mushekwi and Matthew Rusike were firing blanks.

Their final group match was a must win tie against the Carthage Eagles of Tunisia, but the Warriors failed to show discipline at the back.

They conceded four goals in the opening half as they lost to 4-2, although Knowledge Musona and Ndoro pulled two back for the Southern Africans.

The defeat meant Zimbabwe exit the tournament with no win in the group stages - they conceded six goals and only scored four.

Until Zimbabwe get their preparations and team selection in order, their struggle to reach the knockout stages of the tournament will remain a distant dream.