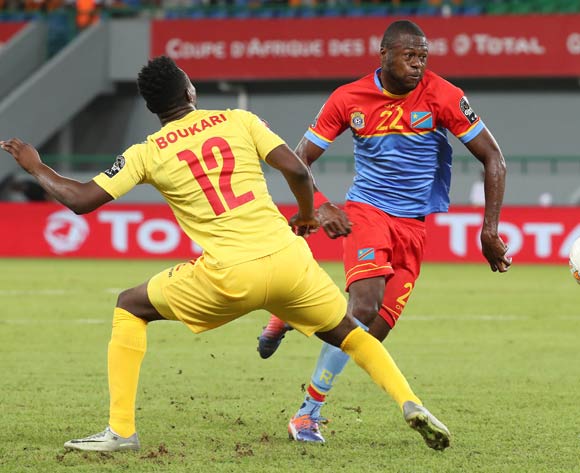 Thank you for joining us for the game between Togo and DR Congo. The Leopards of DR Congo advance to the quarter-finals as Group C winners following their 3-1 win, while Togo's Sparrow Hawks exit the tournament after finishing fourth in the group.

83' - DR Congo sub: Bokila comes on for Kabananga as the Leopards make their last change.

70' - Laba makes an immediate impact as he fires home with a right-footed shot, but they need two more goals.

67' - DR Congo sub: Botaka replaces one of the goalscorers Mubele.

67' - Togo sub: Laba comes on for Dossevi as the Sparrow Hawks make their second change.

65' - The Leopards are now dominating this game as they look to extend their lead against the Sparrow Hawks.

60' - DR Congo sub: Mpoku comes on for Kebano as the Leopards make their first change.

55' - Mubele makes it 2-0 to the Leopards following a mistake at the back by Togo keeper Mensah.

50' - It is still 0-0 between Morocco and Ivory Coast in Oyem. This means DR Congo and Morocco will advance to the quarter-finals.

40' - Five minutes left on the clock for Togo to restore parity before the break.

35' - DR Congo midfielder Mbemba tries to double his side's lead, but his effort goes wide of the target.

30' - Kabananga unleashed a good left-footed shot and it went into the back of the net. That's his third goal of the tournament.

25' - It remains goalless here at the Stade de Port-Gentil as we approach the half-hour mark.

20' - Play is stopped as Togo keeper Tchagouni is down injured. It looks like he has sustained a knee injury.

15' - DR Congo striker Kabananga has a chance to score, but Togo goalkeeper Tchagouni comes out to snatch the ball away.

10' - Togo captain and striker Adebayor has been working hard upfront for his side, but the DR Congo defence has been solid thus far

5' - The Sparrow Hawks of Togo are looking lively in the opening stages of this encounter as they look for an early goal.

1' - The match is underway here at the Stade de Port-Gentil.