‘Micho’ ready to pass on the baton as coach of Uganda 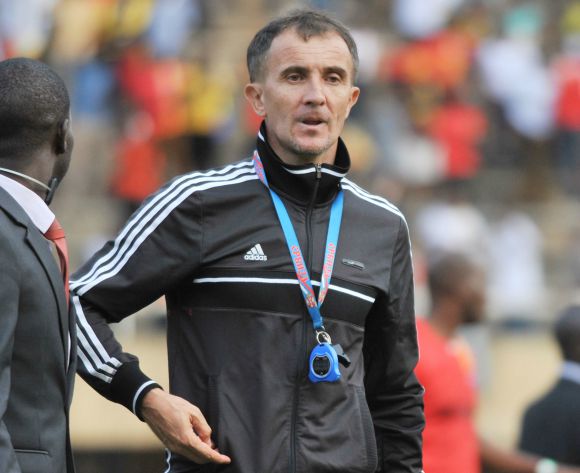 Milutin Sredojevic has suggested that he may be ready to pass on the baton of being Uganda’s coach once their 2017 Africa Cup of Nations campaign is completed.

The Serbian has been linked to the national posts of Uganda’s Group D opponents Ghana, whose current coach Avram Grant has confirmed he will be leaving, as well as South Africa, who fired coach Shakes Mashaba last month.

‘Micho’ took Uganda to their first AFCON in 39 years, but watched his side suffer early elimination after losing successive matches 1-0 to Ghana and Egypt.

They will wrap up their AFCON campaign with a match against Mali in Oyem tonight and, according to Sredojevic’s own words, there is a strong chance it will be his last game in charge of the Cranes.

“I have reached a point where I have taken on a project and I’ve reached the Cup of Nations. Now I need a bit of breathing space,” Sredojevic told RFI.

“We have a last match against Mali and we want to keep our level. After that I shall see whether I will keep the project going or whether I – like in a relay – give it to someone else who can continue.

“The important thing is that we have laid a very strong foundation and in years to come people will benefit.”

The Serbian added, “For me it was an honour, a privilege and a pleasure to compete against head coaches such as Hector Cuper and Avram Grant.

"It was not easy to compete with them. It was like playing chess - answering one tactic with another.

“For me it has been a learning curve and I am looking forward to being much better.

“This is an injection of motivation that if I have one team without so-called big players and I‘ve managed to bring them to the same level and sometimes above players under Cuper and Grant, you can imagine what I’m capable of doing one day when big things come.”