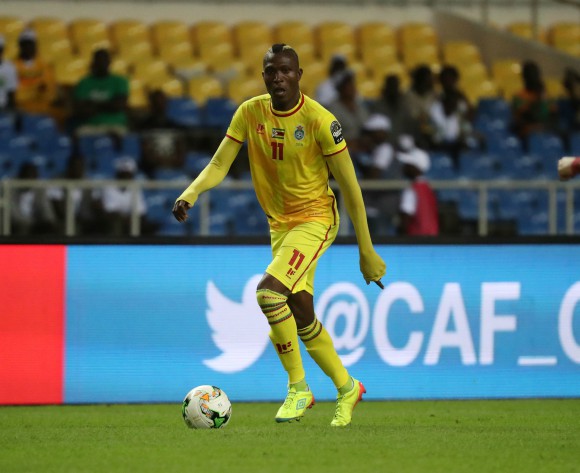 Zimbabwe national team striker Tendai Ndoro has lamented their poor preparations ahead of the 2017 Africa Cup of Nations tournament in Gabon.

The Orlando Pirates striker enjoyed fine form heading to the Central African country as he netted 11 goals for the Premier Soccer League giants.

However, coach Kalisto Pasuwa used him sparingly at the AFCON showpiece which left tongues wagging in the football circles.

Although he scored on Monday as they lost 4-2 to Tunisia, 'Fire' told the News Day website that they didn't have adequate preparations en route to Libreville.

VICTOR OSIMHEN UNDERGOES ANOTHER KNEE SURGERY, OUT FOR MORE WEEKS

“We were very unfortunate; things didn’t work well for us. But this was a learning curve, and we will bounce back and do well in future tournaments,” said Ndoro.

“I think we didn’t have adequate preparations and that cost us as a team. We managed to play just one international friendly match, but if you look at other teams like Tunisia and Algeria, they played a number of friendlies.

“I tell you, if this team had been supported, in terms of their preparations, it was going to surprise.”

Despite the the early exit and a failure to bag a single win, Ndoro expressed delight in finding the back of the net.

“I was happy to get the opportunity to play my first AFCON finals. I was particularly pleased to score, but obviously, it pains everyone that we didn’t progress,” adds the 28-year-old.

“The goal I scored has boosted my confidence, as I return to play for my club. The confidence is there and I will go and do what I am supposed to be doing – scoring goals.”

The Warriors finished with one point after their 2-2 draw against Algeria and two losses to Senegal and the Carthage Eagles.