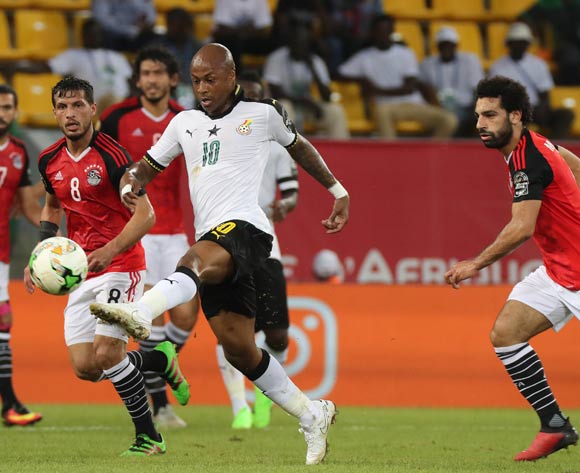 The Democratic Republic of Congo and Ghana will do battle for a place in the 2017 Africa Cup of Nations semifinals when they meet at the Stade d'Oyem in the Gabonese city of Oyem on Sunday.

The Leopards have emerged as dark horses to come up tops in Gabon, with Florent Ibenge's men having topped group C with two wins and a draw to their credit.

The reigning African Nations Championship (CHAN) champions beat both Morocco and Togo while the Ivory Coat twice came from a goal down on two occasions to hold the two-time champions to a 2-2 stalemate. The defending champions eventually crashing out of the competition.

Key to DR Congo's success has been the form of Junior Kabananga. The Astana man with three goals in as many games - he will again be the man to look out for this weekend as the Leopards aim to better on their third-place finish two years ago.

"We are done with the group stages, we have to rest. It's been two consecutive editions in the quarterfinals. We want to go further," Ibenge is quoted as saying.

Their opponents, Ghana, finished second in Group D following a 1-0 defeat to Egypt in their final group game. Mohamed Salah condemning the Black Stars to defeat after the 2015 AFCON runners-up beat both Uganda and Togo.

While the result against the Pharaohs carried little consequence, the potential loss of captain Asamoah Gyan could serve as a massive blow. The star forward left the field in the first-half in what was his 99th appearance for country; searching for his 50th goal.

"I'm in pain right now. I don't know the extent of the injury, we have to go for an MRI scan," Gyan told BBC Sport.

"I'm desperate to come back and I'll try as much as possible but if I cannot it's part of the game."

Head coach Avram Grant added that the West Africans are ready for DR Congo with Andre and Jordan Ayew set to play a vital role if Gyan is to miss out.

"DR Congo is a good side and I know it will be a tough game, but we will be up for it," Grant said.