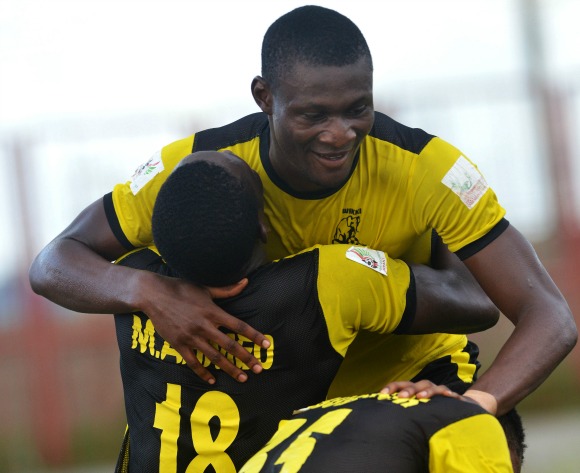 FC Ifeanyiubah star signing Godwin Obaje has said he hopes to score when he makes his debut most likely at home against champions Rangers.

Last week, Obaje completed a sensational transfer to the Federation Cup holders and was expected to wear the colours of his new club against his former team in a matchday 5 fixture at the Tafawa Balewa Stadium, Bauchi, today.

But the striker, who scored 18 goals to emerge the 2015/2016 NPFL top scorer, revealed he was still in Bauchi and would only link up with his new teammates at FC Ifeanyiubah next week.

"I'm in Bauchi now. I'll join them next week after sorting out a few personal issues. So I don't think I will be part of the team against my former club, Wikki Tourists. Hopefully, I could start with the next game which is a home match against Rangers,” he said.

"I know much is expected of me and I hope to deliver. Scoring against Rangers in my first game is important and I just pray it happens.”

Obaje missed a chance to sign for top Russian club Spartak Moscow as well as Tunisian clubs Etoile du Sahel and Club Africain before he opted for a deal with FC Ifeanyiubah.