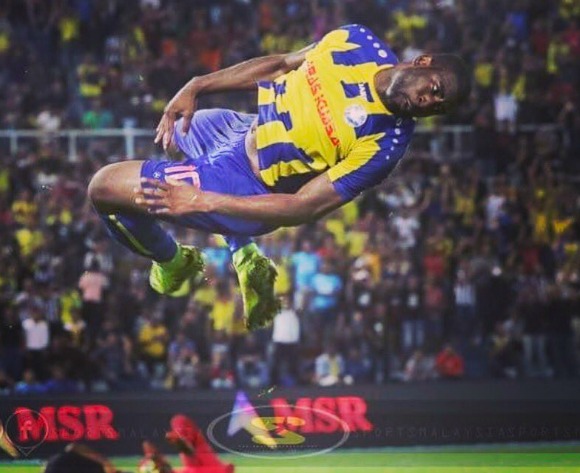 Nigeria striker Bright Dike scored on his debut for his Malaysian team Pahang as they thrashed PBDKT-Team 5-0 in a league game.

The 29-year-old striker scored the last goal of the game in the 85th minute.

He celebrate his goal with a spectacular somersault to underline his excitement.

He was cautioned by the referee in the 80th minute.

Dike, who last played for Russian side Amkar Perm, has played for Toronto FC, Portland Timbers and San Antonio Scorpions.