Onyango is Out to win more silverware at Sundowns 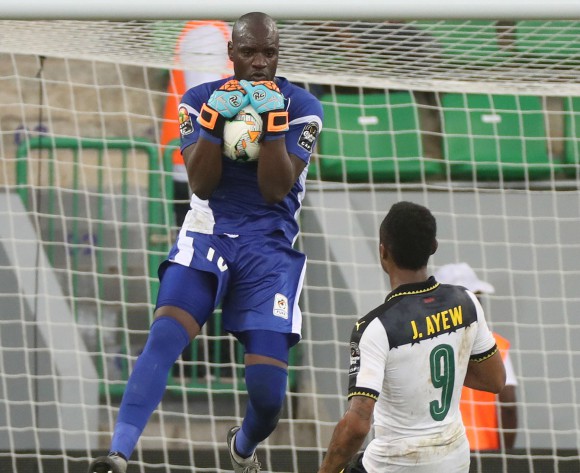 “I like the competition at the club and this has surely made me a better player. But I am now more hungry to win more silverware for the club,” Onyango told AfricanFootball.com on Thursday afternoon before flying out of Libreville International Airport with the Uganda Cranes team.

Onyango was part of the Uganda Cranes team which was ejected in the group stages of the 2017 Africa Cup of Nations. He featured in two matches when the Uganda Cranes lost by the same 1-0 margin to Ghana and Egypt. He missed the last Group D match against Mali due to injury.

Onyango said although he won the League title and the CAF Champions League with his club Sundowns last season, he is more than determined to work harder to retain all the titles they won and give a better account at the World Club Championships.

“Playing at the Afcon has given me more determination to work harder and all I want is to achieve a lot more,” added the shot stopper.

Asked if he is feeling to comfortable at Sundowns, Onyango said it’s all about hard work at the club and added that if a good deal came from Europe or Asia for a move, he could perhaps consider it because he still dreams of playing in the bigger leagues in the world.