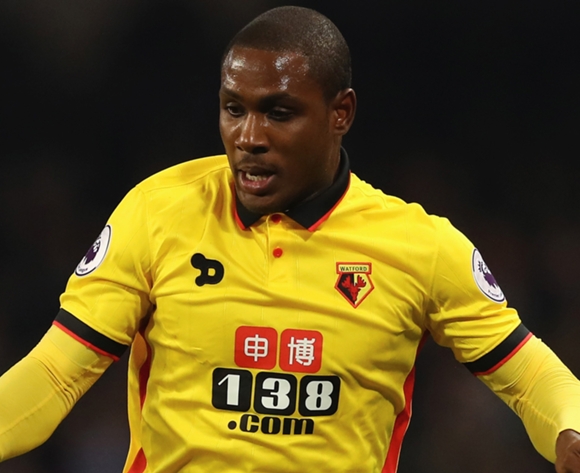 Odion Ighalo looks increasingly likely to quit Watford before the transfer window closes on Tuesday night after he was left out of today’s FA Cup tie at Millwall.

Watford manager Walter Mazzarri has confirmed the club have received official bids for the Nigeria striker with Chinese club in the forefront of the chase.

It was understood Watford are demanding for as much as 25 million pounds for the 27-year-old and Shanghai Shenhua have tabled an offer of 15 million pounds.

Ighalo has also been linked with another Premier League club, West Bromwich Albion, who are shopping for another striker following the move of Saido Berahino to Stoke City.

Nigeria stars Mikel Obi and Chinedu Obasi are among the players who have moved this month to China.

They join other compatriots like Obafemi Martins and Anthony Ujah.