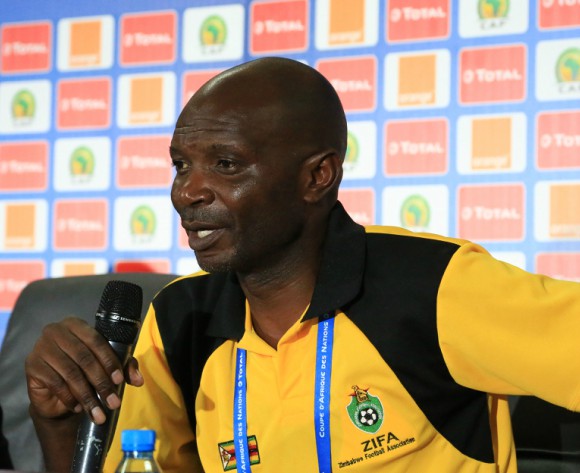 The Zimbabwean Football Association's president Philip Chiyangwa has congratulated coach Kalisto Pasuwa for a job well done at the 2017 Africa Cup of Nations in Gabon.

Although the Warriors failed to reach the quarterfinal stage of the biennial tournament, the ZIFA boss believes Pasuwa did a sterling job.

The Southern African side lost two matches to Senegal and Tunisia, but drew against Algeria in Group B.

It is reported that Chiyangwa appeared in a video posted on social media congratulating Pasuwa for a job well done.

“I want to sincerely thank the Warriors for a good performance and to coach Pasuwa for ensuring the team did well.” said Chiyangwa.

“In my personal opinion, I have to congratulate the coach, who, despite all the adversity, gave his best and no one expected him to perform any magic in Gabon. He did what he could do and the boys showed what they could.

“The country has had a lot of economic problems that cut across every sector, including football, but the team, under Pasuwa, went on to play well.”

Meanwhile, this news comes days before ZIFA meet Pasuwa to review the coach’s contract after he signed a two-year contract which is reviewed annually.

According to Pasuwa’s manager, Gibson Mahachi, one of the coach’s mandates was to qualify the Warriors for the AFCON tournament, which he did with a game to spare.

On the other hand, former national team coach Sunday Chidzambwa, believes ZIFA must hire a foreign coach and use Pasuwa as assistant.