Burkina Faso out to shock Egypt 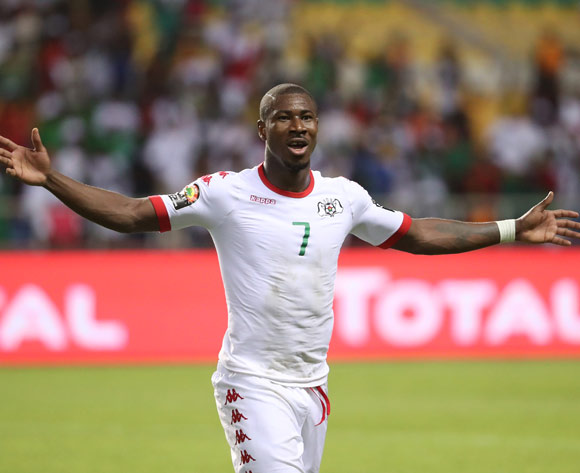 Burkina Faso will face off with Egypt in the 2017 Africa Cup of Nations (AFCON) semi-final encounter at the Stade de I'Amitie in Gabon on Wednesday.

The Stallions stunned Tunisia 2-0 in a quarter-final game at the Stade de I'Amitie on Saturday - thanks to two goals from Aristide Bance and Prejuce Nakoulma.

Paulo Duarte's men are hoping to go all the way and win their first AFCON title. They were beaten by Nigeria in the 2013 final and they also finished fourth in 1998.

Portuguese tactician Duarte is the man, who is expected to mastermind a win over Egypt. The 47-year-old is in his second spell as Burkina Faso head coach.

Meanwhile, Egypt edged out Morocco 1-0 in a quarter-final encounter at the Stade de Port-Gentil on Sunday - courtesy of Mahmoud Abdel-Moneim's late goal.

The Pharaohs are still on a mission to win a record eighth AFCON title. The last time the African powerhouse won the title was in 2010 - before failing to qualify for the next three tournaments.

Hector Cuper, the Egypt head coach, has built a solid Pharaohs team which is yet to concede in the 2017 AFCON finals. The Argentine coach is at his first AFCON finals.

The hardworking forward has been one of the Stallions' most consistent players at the 2017 AFCON finals - having also netted two crucial goals for his side. The 29-year-old, who has over 50 international caps, will be looking to continue his good form and help the Stallions beat Egypt.

The 24-year-old winger remains the Pharaohs' talisman - having proved his worth by netting the only goal of the match to help his nation beat Ghana in the Group D game. The skillful player, who has scored close to 30 goals for Egypt, will be keen to inspire the Pharaohs to victory over Burkina Faso.