Fidelis Saviour heads back to NPFL after quitting Malta 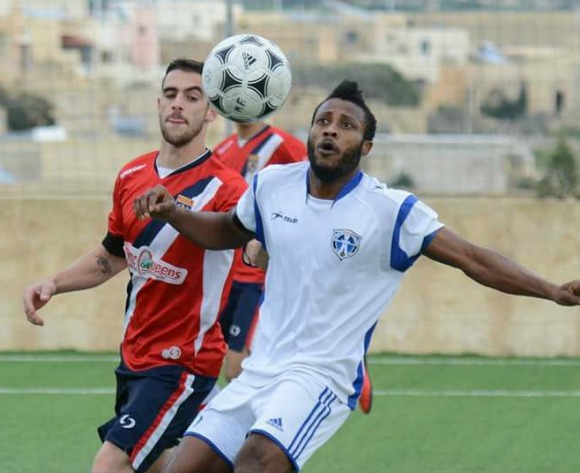 Fidelis Saviour in action in Malta

Nigerian striker Fidelis Saviour has said he will return to the Nigeria Professional Football League (NPFL) after he ended his romance with a Maltese team Gharb Rangers over unpaid wages.

Saviour said he wishes to retrace his steps back home before he heads back to Europe probably in the summer.

"Now I am thinking of going back to play in the Nigeria Premier League until June/August when I can move to Europe again,” he revealed.

"I have some couple of teams in my mind who I would love to play for, the likes of Enyimba, Abia Warriors and FC Ifeanyiubah. Nothing has been discussed or agreed with any of these teams though. I hope to play for any of them or any other ambitious team in Nigeria league."

The striker has played for Ranchers Bees, Kaduna United, FC Taraba and Enyimba.