Ubong Ekpai delighted to score his first goal of 2017 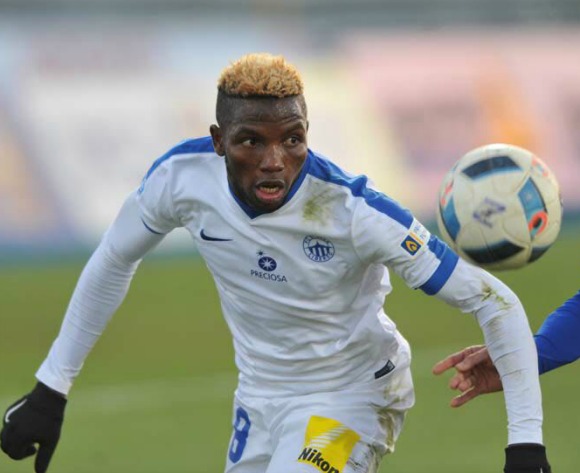 Slovan Liberec forward Ubong Ekpai has said he is delighted to score his first goal in 2017 for his team as they drew 1-1 with Austrian team Sturm Graz in a friendly today.

The former Akwa United and Kano Pillars forward, who has set a 10-goal mark for himself for the Czech Republic team in the second round of the season, opened the scoring in the game in the 48th minute.

"I thank God for the goal, it's my first for the year and second for my club,” he said.

"This goal may be in a friendly but it is a sign of good things to come for me this year."

The former U23 international is on loan from Maccabi Haifa.