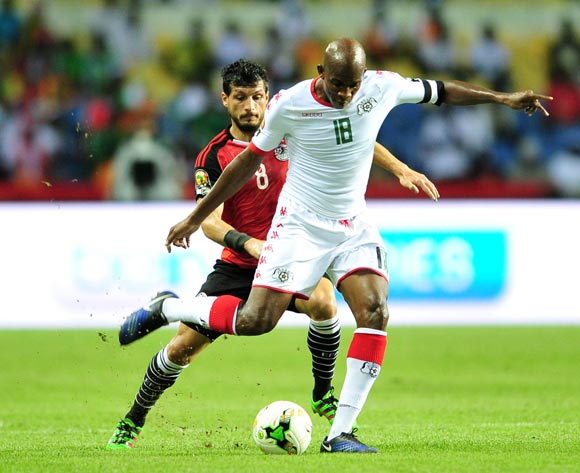 Burkina Faso will be hoping to wrap their 2017 CAF Africa Cup of Nations tournament with on a high and finish as number three.

The Burkinabe are set to tackle the Black Stars of Ghana in the third/fourth playoff on Saturday in Gabon as they target a win.

Although they did well in this year's showpiece, they were unfortunate to succumb to a penalty shootout defeat at the hands of Egypt on Wednesday night.

In the Group stages, the Stallions won Group A with five points from three matches, they went on to beat Tunisia 2-0 in the quarter-final before losing to Egypt in the last eight.

Coach Paulo Duarte will now push his side to ensure they finish their chances as they were wasteful in front of goal against the Pharaohs.

Strikers, Aristide Bance and Prejuce Nakoulma are the men expected to continue leading the West Africans as they want to stun the Ghanaians.

Midfielder Razack Traore admitted that the loss to Egypt was painful, but said they win and lose as a team.

"We lose together and we win today. It is the team that missed the penalty.

“We are really disappointed today because we played good football. We tried everything today but that is football.”

Coming to the Black Stars, their failure to lift the trophy means they will not be happy to finish as number four.

This means they will also fight harder and get a win to console their hard to please supporters around the continent.

Although they were seen as favourites to lift the trophy, Avram Grant's men will be under pressure to revive their pride and get a win on Saturday.

Having finished as number two to Egypt in Group C, the 2015 AFCON finalists managed to beat DR Congo 2-1 in the last eight and were dispatched by Cameroon in the semi-finals on Thursday.

The loss has left many of their supporters crying over their coach to step down whilst blaming a lack of unity in the team.

However, Grant will hope striker Jordan Ayew and the likes of winger Christian Atsu bounce back to inspire the team to a decent finish.