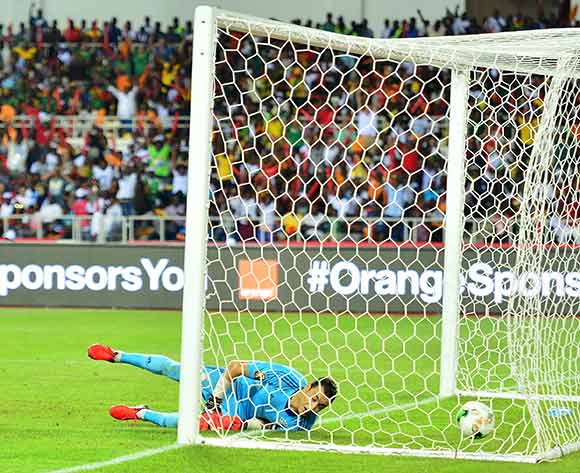 epa05773765 Essam El Hadary of Egypt fail to stop a header from Nicolas Nkoulou of Cameroon (not seen) during the 2017 Africa Cup of Nations final match between Egypt and Cameroon at the Libreville in Gabon on 05 February 2017. EPA/Samuel Shivambu

Following criticism from players, coaches and football federations regarding poor football pitches at the 2017 Africa Cup of Nations in Gabon, CAF vows to better the playing surfaces.

According to the BBC website, the football governing body says it will take greater control over pitches at AFCON to avoid poor playing surfaces.

"That is a lesson for us to make sure we have better control of better management in future," CAF secretary general Hicham El Amrani told BBC Sport.

"We are taking it very seriously.

"One way to do things is to be in touch with the Local Organising Committee way in advance, even before a pitch has been laid, and to provide them with our knowledge in terms of selection of suppliers.

"Of course we would have been happier if certain things had been better managed - and I'm not going to go back on the everlasting issue of the pitch in Port-Gentil.

"But overall we are very happy with the tournament and we congratulate the host nation for their tremendous efforts."

Meanwhile, El Amrani confirms that talks have already began about preparing the pitches for the 2019 Nations Cup in Cameroon.