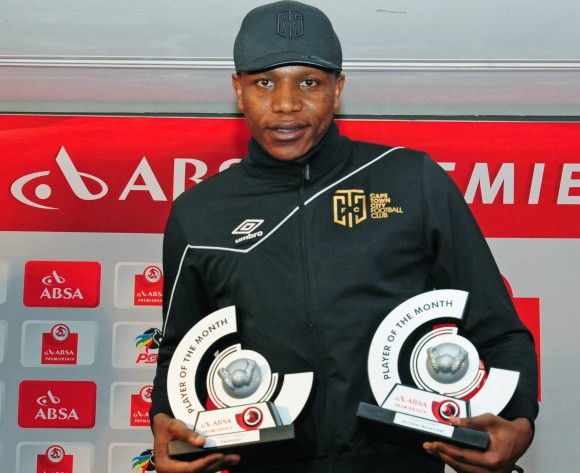 Cape Town City skipper Lebogang Manyama has been voted as the Premier Soccer League Player of the Month for October, November and December in South Africa.

The league's governing body made the announcement on Monday during a press conference at its offices in Parktown, Johannesburg.

On the other hand, SuperSport United coach Stuart Baxter bagged the Coach of the Month for October and November respectively.

Manyama said he is not focusing on the Premier Soccer League Player of the Season award, but to help his team win games

Under coach Eric Tinkler, Manyama has helped the City Boys up to the top spot on the Absa Premiership log after netting seven times in the months of October, November and December.

“I have heard people talking about that (the player of the season award), but my main focus is on the team winning things,” said Manyama.

“He (Tinkler) has played at the highest level and that really makes a big difference...we set ourselves smaller targets and we go game by game.

“Myself and Aubrey (Ngoma) are very close friends and we spend a lot of time together. We talk a lot."

Cape Town City currently occupies the top spot on the log with 31 points and are fresh from a 2-0 win over Ajax Cape Town last weekend as they claimed the bragging rights in the Mother City.