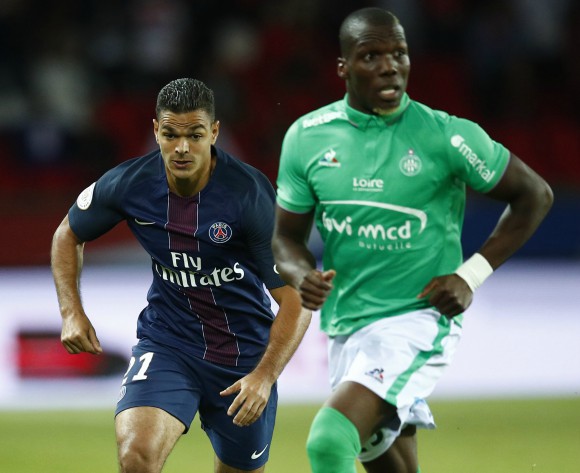 Guinean defender Florentin Pogba could come up against his younger brother Paul Pogba when Manchester United host Saint-Etienne in a UEFA Europa League clash this evening.

The match at Old Trafford – which is also likely to feature Ivory Coast defender Eric Bailly and a host of other Africans for the French side – is one of 16 round of 32, first leg games which will be played across the continent.

In another major clash, Mohamed Salah’s Roma will face Villarreal in Spain. The Egyptian winger made a spectacular return to the Roma team this past weekend following his absence due to the 2017 Africa Cup of Nations, and it is expected he will continue that form when the Italians head to Estadio de la Ceramica to face a Villareal side likely to feature DR Congo attacker Cedric Bakambu.

Elsewhere, Victor Wanyama’s Tottenham Hotspur will play away to Belgian giants Gent (though the Kenyan, along with Spurs’ other first-team regulars, will in all likelihood be rested), Khouma Babacar’s Fiorentina face a testing tie at German Bundesliga side Borussia Monchengladbach, and Eric Maxim Choupo-Moting’s Schalke will travel to Greece to play PAOK.

The return leg matches will be played next Thursday evening, February 23.