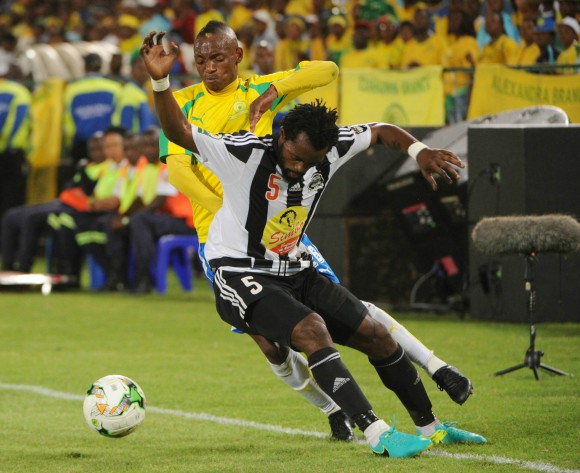 In the wake of their 1-0 defeat at the hands of Mamelodi Sundowns in the CAF Super Cup match on Saturday, TP Mazembe coach Pamphile Mihayo has rued poor preparation.

The Ravens went to the Pretoria to face the CAF Champions League winners having not played a competitive match since December 2016.

However, it is reported that the CAF Confederation Cup champions played a number of friendlies ahead of their trip to Tshwane.

Mazembe lost 1-0 to the Brazilians after a penalty strike through defender Ricardo Nascimento with seven minutes to go.

Coach Mihayo said it was a very good game where his charges had a good start, but they had no legs to carry them through.

“Saturday's defeat is due to lack of competition in the legs. Our brief preparation has not been enough to the point,” said Mihayo.

“Our finishing on the two clear occasions and for almost the entire duration of the match, we had two blocks, defensive and offensive.

“The opponent took advantage to surprise us in the counter-attacks by sliding the balls between these two blocks.

“We learned a few lessons after this Super Cup loss. We return to Lubumbashi on Monday to get back to work quickly.

“With a rather sturdy menu focused on the team's rise and finishing. We will also put an emphasis on tactics, the goals before the play-offs and the Champions League, we will have a constant team in the game and work on performances.”

Mazembe will now meet Zimbabwean side, CAPS United in the CAF Champions League first round clash in March as they want to reach the group stages.