CAPS United are not a perfect team yet, says captain Zvirekwi 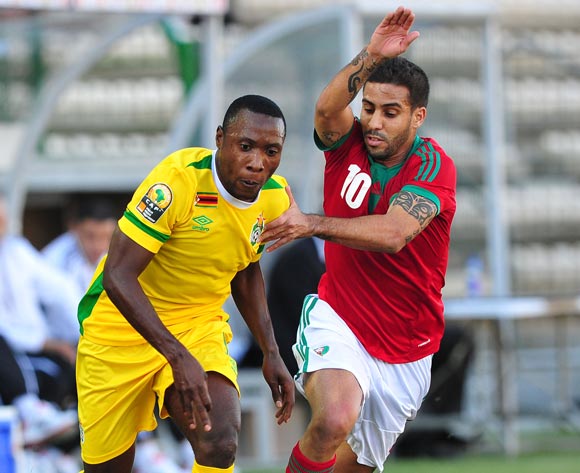 Hardlife Zvirekwi of Zimbabwe takes on Mohsine Moutaouali of Morocco during the 2014 CAF African Nations Championships Group B football match between Zimbabwe and Morocco at Athlone Stadium, Cape Town on 12 January 2014

The Zimbabwean champions will take on Mazembe in the CAF Champions League first-round after edging out Lesotho champions Lioli FC 2-1 on aggregate in the preliminary round.

“Obviously, we are going back to the training ground and correct our mistakes. We are not a perfect team yet, we make mistakes,” said Zvirekwi on the Herald.

“So, the only way to rectify mistakes is to go back to training, try and maximise on training time and work on those weaknesses.

The Zimbabwe international, who is a defender by trade, discussed United's defence which looked vulnerable at times against Lioli.

“In a football match, it happens that you can concede goals. It happened the last time in the derby against Dynamos when we conceded three goals, but the most important thing is not to look down when that happens," he said.

“It’s part of the game because the other team wants to win as well. So what you do after conceding the goal is very vital. The attitude of the guys was incredible."

United are scheduled to face Mazembe away on the weekend of March 10-12 in the first-leg, while the second-leg will be played in Zimbabwe the following weekend.