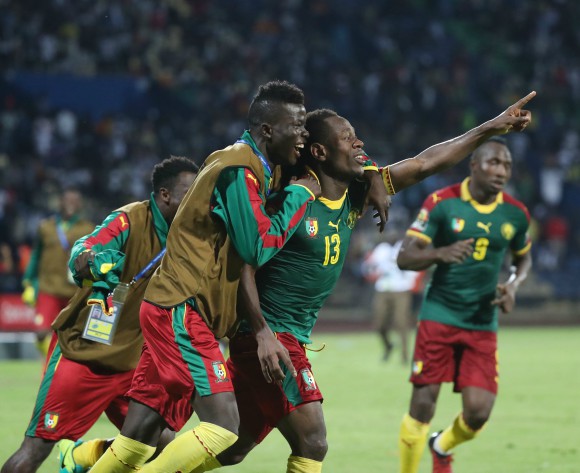 Reports suggest that the Danish side has confirmed the move for the AFCON's Player of the Tournament as he helped the Indomitable Lions lift their fifth continental crown in Gabon.

The 21-year-old player says the offer was too good to turn down as he bid farewell to the Danish side, saying he was treated well.

According to the BBC website, Jianye has signed the player for $8.7 million based on his dribbling, pace and physique.

"AaB have sold Bassogog to Chinese club Henan Jianye FC for a record transfer for AaB," the club said in a statement.

"Since the first day I got here, I received great treatment from everyone both inside and outside the club, and I really felt welcome both in the city of Aalborg and at the club," Bassogog tells the club website.

"Now I've got an offer I could not refuse, and I look forward to new and exciting experiences in China. I want to thank my team-mates, coaches and the nice people in administration during our time together.

"I must say a big special thanks to the supporters and not least my foster family - they all played a big role in the man I am today."

Meanwhile, before making his move to AaB in 2015, Bassogog had been playing in the third tier of football in the United States.

He started all six games at this year's Nations Cup, scoring in the semi-final as the Indomitable Lions beat Ghana 2-0.

Bassogog follows in the footsteps of African players in the Chinese Super League such as Nigerian duo John Mikel Obi and Odion Ighalo among others.

The Cameroonian netted four goals in 32 appearances for the four-time Danish Superliga champions.