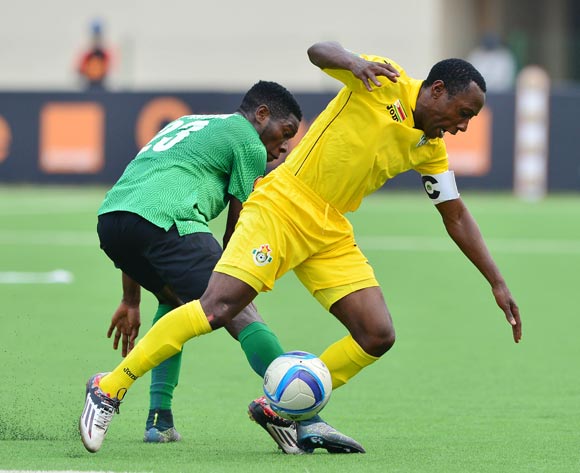 Hardlife Zvirekwi of Zimbabwe tackled by Salulani Phiri of Zambia during the 2016 CHAN football match between Zimbabwe and Zambia at the Rubavu Stadium in Rubavu, Rwanda on 19 January 2016 ©Gavin Barker/BackpagePix

CAPS United vice skipper Hardlife Zvirekwi demands more from his teammates if they want to beat TP Mazembe in the CAF Champions League.

The Green Machine are fresh from a 2-1 win on aggregate over Lesotho's Lioli as they set up a meeting against the Democratic Republic of Congo side in the first round.

The Warriors international said the win was enough, but would not be good enough to beat the reigning CAF Confederation Cup champions in the next stage of the continental football competition.

“We did enough to win and progress to the next stage, but if you look at our next opposition, we need to improve,” said Zvirekwi to the News Day.

“We need to dominate more in midfield because most of the games are now determined by how that department performs.

“They are the engine room and when they perform, every other department does well.”

The Green Machine were held to a 0-0 draw in the first leg in Maseru last week, but managed to bag a 2-1 victory thanks to goals from Simba Sithole and Ronald Chitiyo' winner.

Their reward for last weekend's win is a clash against the Ravens in the first round with the first leg set for Kinshasa on the weekend of March 10 to 12 before the reverse fixture in Harare seven days later.