Highlands not a walk in the park, says SuperSport coach Baxter 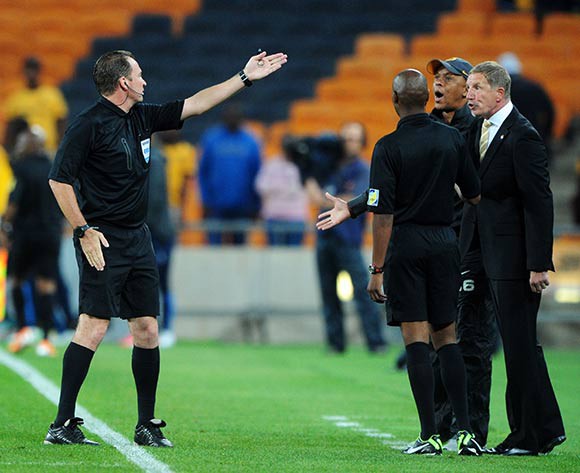 Matsatsantsa beat the Lions of the North 1-0 at the Makhulong Stadium in Johannesburg and they moved to the top of the Absa Premiership log standings.

“It was obviously a difficult game under the conditions, the pitch was very slippery, it was muddy in patches, there were a lot of balls played to safety, [so the players were thinking] don’t lose the ball,” Baxter told SuperSport TV.

“In these conditions you’re happy with the three points, so we didn’t play the fluent football that we can play but we had to defend our box well and work second balls well, and the longer the game went on the more efficient we became," the British coach continued.

“We could have probably cut it short with a couple of unbelievable chances [missed] that were easier to score than it was to miss.

The Lions of the North, who are coached by Gordon Igesund, are placed 15th on the league table - hoping to avoid relegation to the National First Division (NFD).

“They’re going to battle aren’t they? Gordon (Igesund)’s got them shelling everything in at us, trying to get it behind our backline and I thought we did well holding the line at times and defending the ball at times,” Baxter added.

“Happy with that, certainly they’re not a walk in the park. It was an evening when you had to put in a shift in the ABCs of football and go home with three points if you could.”