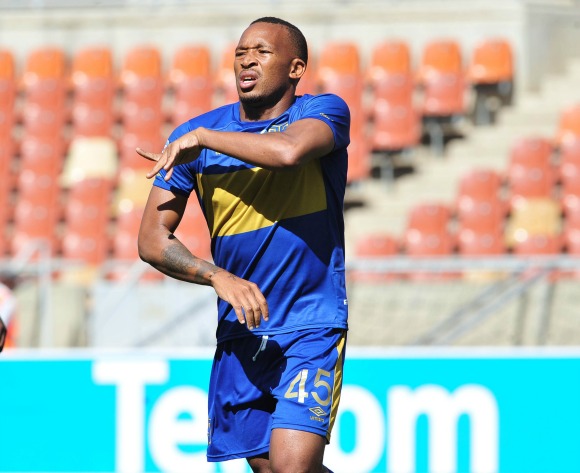 Baroka FC suffered yet another heavy defeat, going down 3-0 to Cape Town City at the Peter Mokaba Stadium in Polokwane on Sunday afternoon, to remain bottom of the Absa Premiership standings.

Victory moves the Citizens level on points with log leaders SuperSport United, while defeat stretches Bakgaga's winless run in the league to 13 matches.

The Limpopo side had their chances, but were made to pay for woeful finishing and poor defending as they remain at the foot of the log standings.

Bakgaga started the better of the two sides, but found themselves a goal down in the 13th minute of the match.

Lehlohonolo Majoro with a cool finish following a delightful chip over the Bakgaga defensive line by Aubrey Ngoma. The City duo remained alert after Thamsanqa Mkhize had rattled the bar, with the Baroka defence caught with their pants down.

Chances continued to come at either end of the park with Oscarine Masuluke doing particularly well to deny Ngoma with 44 minutes on the clock. The towering goal-minder standing tall to keep out the City winger's volley attempt.

The Citizens duly doubled their lead five minutes into the second stanza. Majoro on hand at the back post to complete his brace - the former Orlando Pirates goal poacher nodding in from a Ngoma cross; the pair linking up to great effect once more.

Eric Tinkler's troops found their third soon after. Almost identical to that of their second goal, Sibusiso Masina headed home an Edmilson Dove cross from the left flank in the 52nd minute of the match.

With one eye on their upcoming clash against Mamelodi Sundowns, Tinkler pulled off the trio of Lebogang Manyama, Majoro and Ngoma with 10 minutes remaining.

City looked slightly flat without the trident on the pitch, but Bakgaga were unable to capitalize and when Mzwanele Mahashe hammered the ball into the net in the 85th minute, his attempt was rightfully chalked off with the assistants flag raised for offside.

In the end, City ran out comfortable victors on the day - at the same venue where they lifted the Telkom Knockout title late last year - as their fairytale run in South Africa's top-flight continues.