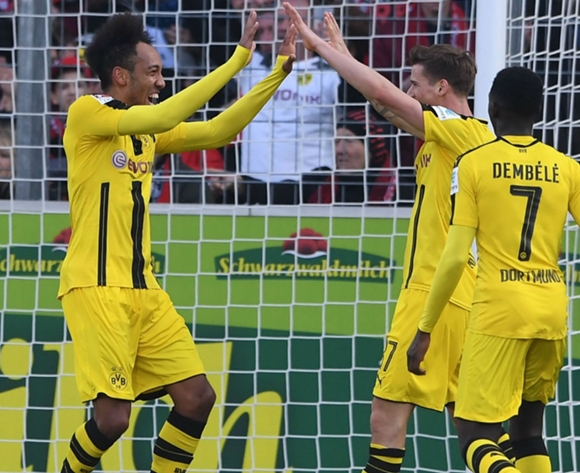 The Gabon international failed to hit the back of the net for Dortmund in four consecutive matches in all major competitions.

But he finally ended his scoring drought over the weekend when he grabbed a brace during the team's 3-0 win over Freiburg in the German Bundesliga game.

Kehl, who played for Dortmund between 2002 and 2015 as a defensive midfielder, stressed Aubameyang's importance to the team.

"But with him there's no discussion and he enjoys confidence everywhere," Kehl told Bundesliga.com.

"He has a brilliant goalscoring ratio and he's been so important for Dortmund in the last months and years that you can take it with a pinch of salt if he doesn't score for a couple of games."

Aubameyang, 27, is the joint top goalscorer in the German Bundesliga with 19 goals. He has made 20 league appearances this season.