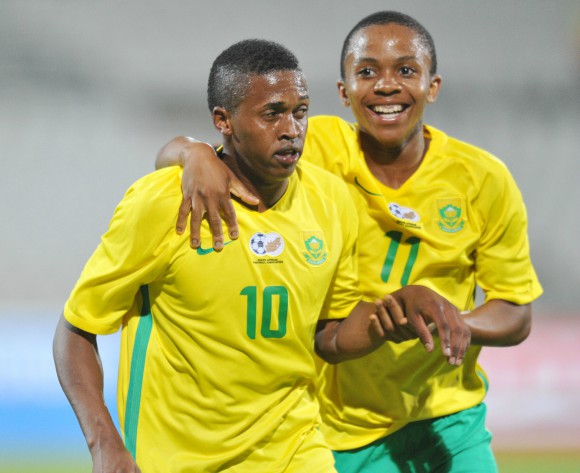 South African and Senegal will cross swords in their second Group B match at the 2017 Africa U-20 Cup of Nations.

The teams will meet at the Levy Mwanawasa Stadium in Ndola on Thursday evening, kick-off at 18h00 CAT.

South African come into the clash high on confidence after a stunning 3-1 win over Cameroon in their opening match on Monday night.

Amajita found themselves a goal down early on against the Indomitable Lions, but a superb hat-trick from Luther Singh powered them to victory.

As for Senegal, they recovered from being both a goal and a man down to draw 1-1 with Sudan. It’s a game the West Africans would have been hoping to win, but under the circumstances a draw was an acceptable result.

A victory for SA would effectively seal a place in the semifinals and secure qualification for their first U-20 World Cup since 2009.

As for Senegal, they need the three points to ensure they appear at the U-20 World Cup for a second successive time: they made their debut in 2015 and went all the way to the semifinals before losing to Brazil.

The other Group B match between Cameroon and Sudan will precede the SA-Senegal clash and kick-off at 15h00 CAT.