Guinea coach Diallo not disappointed with the result 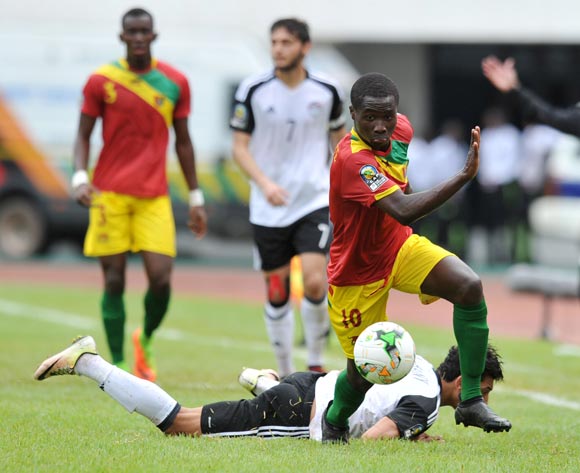 Morlaye Sylla of Guinea challenged by Ahmed Moussa of Egypt during the 2017 Total Zambia U-20 African Cup of Nations match between Guinea and Egypt at Heroes National Stadium, Lusaka Zambia on 01 March 2017 ©Muzi Ntombela/BackpagePix

Guinea head coach Mandjou Diallo felt that his charges were unfortunate against Egypt in Lusaka, Zambia on Wednesday afternoon.

The Young National Elephants fought back to hold the Young Pharaohs to a 1-1 draw in the 2017 Under-20 Africa Cup of Nations (AFCON) Group A clash.

"I’m not disappointed with the result. We made some changes to the team which reflected in our performance," Diallo told CAF Media.

"Our objective was to win; unfortunately it ended 1-1. Notwithstanding, the outcome won’t discourage us going into the last game (against Mali).

"Matches between the two teams (Mali and Guinea) are always difficult. We know each other and speak the same language," he continued.

"We will have to prepare well and concentrate fully on the match."

Guinea are set to take on their West African rivals Mali in their final Group A match in Ndola on Saturday.