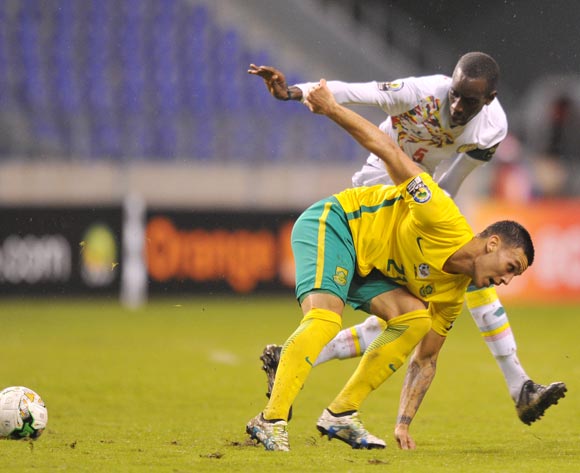 Senegal have thrown Group B in the 2017 Africa U-20 Cup of Nations wide open with a 4-3 win over South Africa in Ndola on Thursday evening.

The Teranga Lions came from 0-2 down at half time to claim a victory which lifts them to the top of the log on four points, while South Africa and Cameroon are tied in second place on three points.

The trio, as well as bottom-placed Sudan, can all still qualify for the semifinals ahead of the final round of matches this coming weekend.

South Africa claimed the lead inside the opening minute of the match, with striker Liam Jordan providing a classy headed finish to a left-flank cross from Notha Ngcobo.

Senegal almost hit back on the 10 minute mark, with the dangerous Aliou Badji rattling the crossbar when a slick passing move had given him a clear sight of goal.

On 25 minutes Amajita doubled their lead: Luther Singh showed great composure in the box to tee up captain Tercious Malepe, who provided a low, left-footed finish for 2-0.

Senegal trailed by two goals at the break, but it took just four minutes of the second half for the Teranga Lions to pull one back, with Ibrahima Ndiaye providing a great finish direct from a free kick just outside the penalty area.

In the 54th minute it was 2-2, with lanky midfielder Ousseynou Diagne getting above Mpoto to head home from a corner kick.

And Senegal’s comeback was complete in the 61st minute when they netted their third goal. Again it was Diagne who did the damage, this time with a volley from the edge of the box which nestled in the top corner of the net.

Ten minutes later the West Africans extended their lead to 4-2, with Krepin Diatta easily heading home from a rebound after Katlego Mohamme had deflected the ball onto his own crossbar.

South Africa offered little in attack for most of the second half, but in the 81st minute they gave themselves hope when Luther Singh somehow squeezed a shot past goalkeeper Lamine Sarr from a tight angle.

Substitute Lebohang Mokoena hit the crossbar late on as Amajita pushed for an equaliser, but Senegal were able to hang on for a memorable victory.