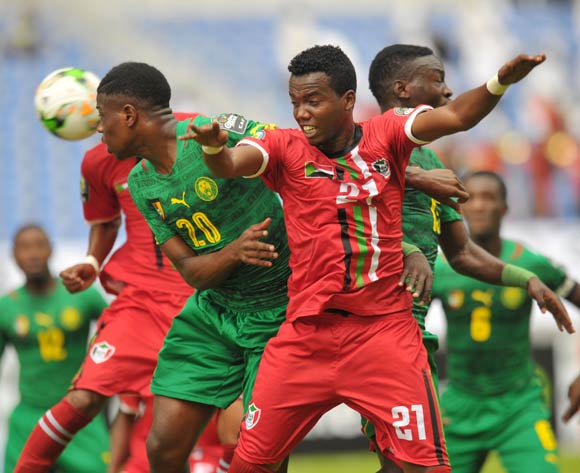 Ibrahim Mohame of Sudan challenged by Kevin Soni of Cameroon during the 2017 Total Zambia U-20 African Cup of Nations match between Sudan and Cameroon at Levy Mwanawasa Stadium, Ndola Zambia on 02 March 2017 ©Muzi Ntombela/BackpagePix

Sudan coach Mubarak Suliman says they were bound to register their first defeat at the 2017 Under-20 Africa Cup of Nations (AFCON) finals on Thursday.

The Young Falcons of Jediane, who were without their injured players, were beaten 4-1 by Cameroon's Young Indomitable Lions in a Group B game in Ndola.

"It was a difficult match for us because we have many injuries from the previous match (against Senegal)," Suliman told CAF Media.

"It affected our game plan. Cameroon is a good team and my players committed errors which made victory elusive for us.

"Our hopes of progressing in the competition are not lost," he added.

"The next match against South Africa is decisive and we have to do our best to get a good result."

Sudan's final Group B game will be against South Africa in Lusaka on Sunday.