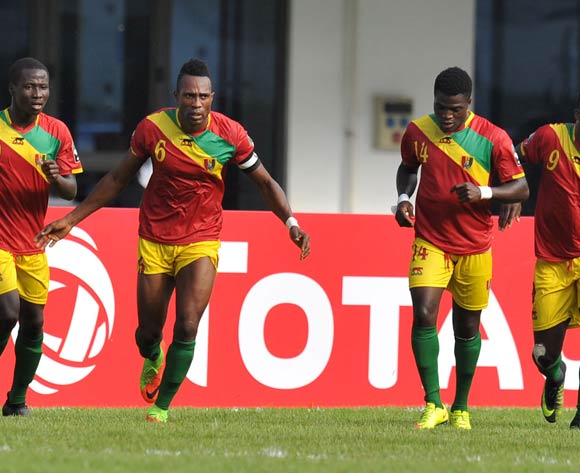 A brace by Morlaye Sylla and a late goal through Mohamed Camara ensured Guinea beat Mali 3-2 in their final 2017 CAF Africa Cup of Nations Group A match at Levy Mwanawasa in Ndola on Saturday afternoon.

The win for Guinea takes them to the second spot with four points and they will now join the hosts, Zambia, in the semi-finals of the tournament as well as qualifying for the U20 FIFA World Cup in South Korea this year.

For the Malian side, two goals from Sekou Koita and Moussa Diakite brought relief in their camp, but were not enough to see them going through to the next stage.

The Young Malian side came into their final group match eyeing a win to ensure they left the tournament with a win.

However, their hunger was displayed when Koita made it 1-0 as early as the third minute for the Young Eagles.

Guinea tried to find an equaliser, but they could not penetrate the West Africans' defence as the score remained 1-0 at half time.

Three minutes into the second stanza, Guinea made it 1-1 after receiving a penalty and Sylla converted from the spot, beating goalkeeper Samuel Diarra.

However, in the 53rd minute, Diakite bagged a lead for Mali as he converted from the penalty spot, 2-1 to Mali.

Five minutes later, the encounter became a thrilling affair when Sylla completed his brace as he equalised for Guinea, making it 2-2.

The Young Syli Nationale bounced back to claim the lead through Camara in the 73rd minute as he ensured his country registers their first win.

On the other hand, the loss for the Malians means they now have one point at the bottom of the group as they exit this year's edition.