Senong: SA to correct errors before U20 AFCON Semis 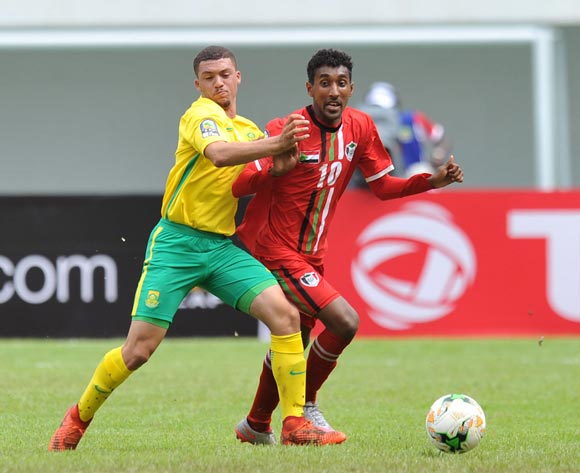 Hassan Hassan of Sudan challenged by Grant Margeman of South Africa during the 2017 Total Zambia U-20 African Cup of Nations match between Sudan and South Africa at Heroes National Stadium, Lusaka Zambia on 05 March 2017 ©Muzi Ntombela/BackpagePix

Amajita coach Thabo Senong says qualifying for the 2017 FIFA U20 World Cup finals is an important part in the development of South African football.

South Africa's under-20 side booked their place in the tournament after securing spot in the 2017 U20 Africa Cup of Nations (AFCON) finals on Sunday.

Senong's charges thrashed Sudan 3-1 in their final Group B game and they will now take on tournament hosts, Zambia, in a semi-final clash on Wednesday.

"Well done to Sudan, but we had to win today," Senong told SAFA's official website.

"This win, qualifying for the CAF U20 AFCON semi finals and the FIFA U20 World Cup is an important part in the development of South African football.

"We are not happy that we have conceded 5 goals in the group stages and this is not normal for us," he said.

"Once again we will go back to the drawing board to prepare and correct our errors for the semis."

The other semi-final encounter will feature Senegal and Guinea in Ndola, Zambia on Thursday.