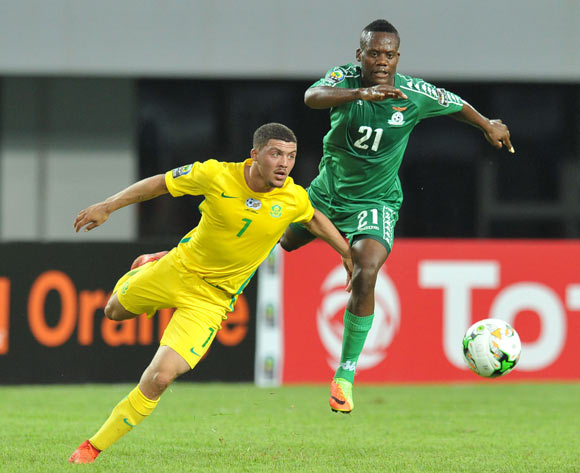 Africa U-20 Cup of Nations hosts Zambia have booked their place in the final of the tournament after defeating South Africa 1-0 after extra time on Wednesday evening.

The first semifinal at the National Heroes Stadium in Lusaka was hard-fought affair between the regional rivals, though the young Chipolopolo were worthy winners given the number of chances they created.

Zambia were the more forceful team through the first half, but they were unable to create any clear chances with which to test SA goalkeeper Mondli Mpoto.

Amajita also struggled to cut open their opponents’ defence, with their best moment in the opening 45 minutes coming from a free kick which saw Luther Singh fire a well-struck shot over the crossbar.

The hosts continued to boss the game in the early stages of the second half, but as the match wore on South Africa began to look more and more dangerous.

On 68 minutes a free kick effort from Teboho Mokoena almost caught out Zambia goalkeeper Mangani Banda, while Singh headed wide of goal a short while later after meeting a fine cross from the right flank.

Zambia still had plenty to offer in attack, though, and on 80 minutes they almost scored a bizarre goal when defender Notha Ngcobo’s clearance rebounded off Enock Mwepu and hit the woodwork.

The hosts’ last chance of regulation time arrived less than a minute before the final whistle, with Patson Daka sending a fine effort on target only to be denied by a fine save from Mpoto.

The young Chipolopolo continued to spurn scoring chances through extra time, while the match was also halted for a while due to some teargas drifting out on the field of play and affecting the players.

The deadlock was finally broken in the second half of extra time. Prosper Chuliya fizzed in a great ball from a free kick and Edward Chilufya’s glancing header had the beating of Mpoto to make it 1-0 to Zambia in the 110th minute.

The hosts will face either Senegal or Guinea in the final on Sunday 12 March. The West African sides will meet in the second semifinal, set for Ndola on Thursday.