Zvirekwi: We need to acclimatise at Mazembe 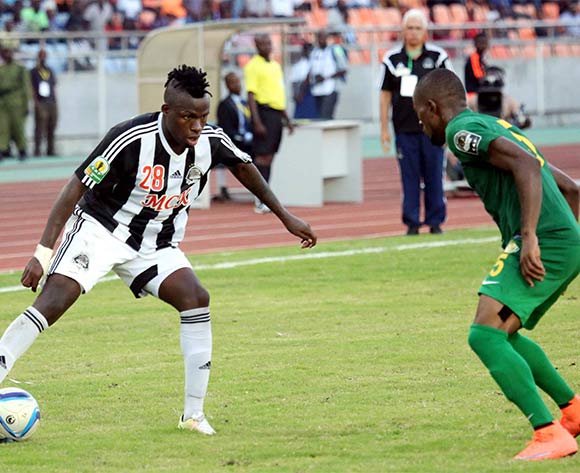 As they get ready to travel to Lubumbashi in honour of their CAF Champions League first round opening tie, Caps United coach Lloyd Chitembwe says they are confident of a win.

The Green Machine are set to face the Ravens on Sunday at Stade de TP Mazembe on Sunday as they want to bag a win.

However, they face a challenging and hostile environment, but the coach has downplayed the notoriety at Lubumbashi.

“We haven’t experienced them being notorious. They are a very competitive football team and for us we have done well in terms of trying to match them as far as being competitive is concerned,” said Chitembwe.

“The boys have worked very hard and they are ready to compete come Sunday. What is driving us more is the desire to want to compete at this level of the game and also it is our dream just to compete against the best in Africa.

“The boys are physically, technically and tactically at the level where they should be.”

On the other hand, skipper Hardlife Zvirekwi described the team’s travel arrangements where they will arrive on the morning of the match, saying they will have to acclimatise.

“When you go days before, you will need to acclimatise, but if it’s an in and out thing, it’s okay. You don’t have to acclimatise for you to play,” adds the defender.

“You just get in there, play for the 90-plus minutes and then leave without thinking much about the weather, so it’s a good thing [to travel on match day].

“My fellow players are pumped up and the motivating factor is that we are meeting big guns. That gives us the drive to want to do well on the big stage. The players want to leave a mark.”

The match will be staged at Stade du TP Mazembe on Sunday at 15:30 and the return leg to be staged in Harare a week later.