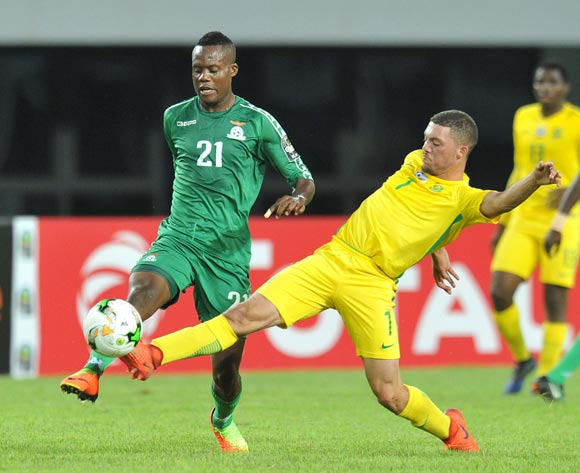 Zambia will square off with Senegal in the 2017 Under-20 Africa Cup of Nations (AFCON) final at the National Heroes Stadium in Lusaka on Sunday.

The Young Chipolopolo booked their place in the final after edging out South Africa 1-0 in a semi-final encounter at the same venue on Wednesday night.

Edward Chilufya hit the back of the net in the second-half of extra-time and Zambia held on to record a hard-fought victory over their Southern African rivals.

The tournament hosts, who won all of their Group A games, will look to Patson Daka. The lethal forward has netted three goals in the competition.

Zambia coach Beston Chambeshi is looking to make history by guiding the Young Chipolopolo to their first ever U20 AFCON title.

Meanwhile, Senegal advanced to the final after beating Guinea 1-0 in the semi-final clash at the Levy Mwanawasa Stadium in Ndola on Thursday night.

Aliou Badji put the Young Lions of Teranga into the lead in the first-half and they contained their West African rivals until the match referee blew the final whistle.

Krepin Diatta, who has two goals in the tournament, is the player to watch out for in the Senegal team, who were undefeated in Group B with one draw and two draws.

Senegal have never won the U20 AFCON title and coach Joseph Koto will be hoping to change this by masterminding a victory over the Young Chipolopolo.

Zambia and Senegal have already qualified for the 2017 FIFA U20 World Cup finals which will be hosted by South Korea between 20 May-11 June.