Diallo: Guinea pleased with third-place finish at U20 AFCON 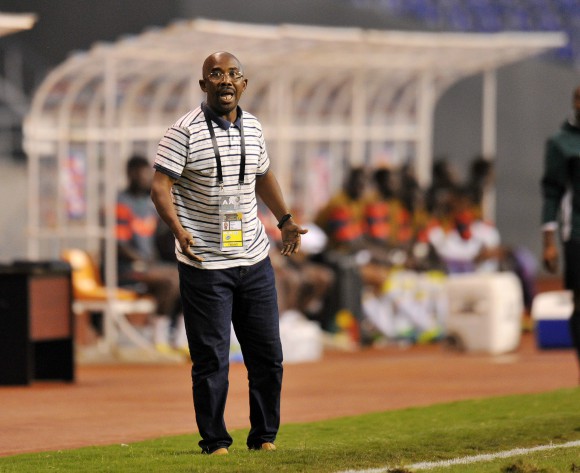 Mandjou Diallo, coach of Guinea during the 2017 Total U-20 African Cup of Nations

Guinea coach Mandjou Diallo was happy to see his side finish third at the 2017 Under-20 Africa Cup of Nations (AFCON) finals on Sunday afternoon.

The Young National Elephants came back to beat South Africa's Amajita 2-1 in the third-place match at the National Heroes Stadium in Lusaka, Zambia.

Amajita's Katlego Mohamme scored an own goal to make it 1-1, before substitute Naby Bangoura grabbed a late winner for the Young National Elephants.

"It was a great victory against a solid South African team that created a lot of problems for us in the first half," Diallo told CAF Media.

"They could have scored many more goals. In the second period, we managed to rectify our mistakes and dominated the game.

"Congratulations to the young team who finished this tournament on this note."

Guinea along with South Africa, Zambia and Senegal will represent Africa at the 2017 Under-20 FIFA World Cup finals in South Korea.