Malawi not participating in AFCON or CHAN Qualifiers 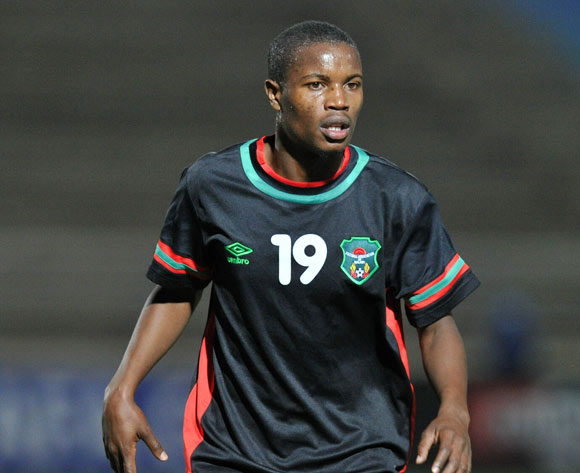 Isaac Kaliati of Malawi during the 2016 Cosafa Cup match between Malawi and Lesotho at Sam Nujoma Stadium in Windhoek Namibia on 16 June, 2016 ©Muzi Ntombela/BackpagePix

Football Association of Malawi has announced that they are pulling out of the 2019 Africa Cup of Nations and the 2018 African Nations Championship (CHAN) due to financial reasons.

Media reports reveal that FAM are facing financial constraints as well as the unavailability of a national team coach.

In a statement released to the media, the association said the Malawi government refused the FA's plan to hire an expatriate coach.

It is also reported that the FA had proposed the hiring of a foreign coach on a 50-50 cost sharing agreement with government after months of consultation.

Following a meeting, the FAM executive committee then agreed that the Flames should withdraw from the two continental competitions.

"Having considered all the available options, and in accordance with required notices for withdrawal, it was further resolved that the Malawi National Senior Football team be withdrawn from CHAN Competition by 31st March, and from AFCON by 30th April 2017, due to lack of funding," reads the statement.

Malawi were up against Madagascar in their opening match of the 2018 CHAN qualifying campaign which was set to get underway in April.

In the other fixture, they were set to face a winner between Comoros and Mauritius at home on 13 June in their first 2019 Africa Cup of Nations qualifier.

The Flames parted ways with coach Ernest Mtawali last year and later appointed Burundian Nsanzurwimo Ramadhan who was in charge of one match, leading the Flames to a 1-0 victory over Swaziland in a 2017 Nations Cup qualifier.

Meanwhile, the move to withdraw from the AFCON and CHAN Qualifiers is expected to attract a hefty fine from the Confederation of African Football (CAF), but FAM General Secretary Alfred Gunda said it would be better to pay the fine than remain in competitions which the country cannot afford.

“If we are avoiding the fines then it means we should have the finances to participate which are much more huge, so with that we will look around and see how best we can pay the fines," says Gunda.

"We may need to negotiate on paying the fines in installments although we know it will have to be ourselves (FAM) to foot the fines."